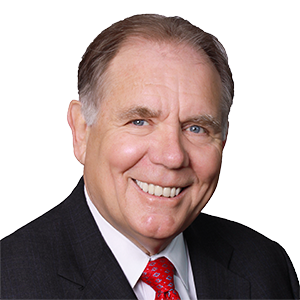 Of counsel John Tully works in the New York office. Previously, he worked at a New York litigation firm following a decades-long legal career at ExxonMobil. John commenced his legal work at Exxon as staff counsel in 1977 and worked his way up to become ExxonMobil's assistant general counsel responsible for worldwide litigation.

Currently, he is defending clients in a number of commercial, environmental , personal injury and property damage lawsuits in New York state and federal courts. During his career at ExxonMobil, he also litigated environmental and employment law issues , managed ExxonMobil's litigation and advised  company management in all aspects of the company's business, including  refinery and chemical plant operations.

John began his career in the New York County District Attorney's office, where he tried ten murder cases to verdict as a member of the homicide bureau.

While an assistant attorney general for the state of New York Organized Crime Task Force, John worked on grand jury investigations and trials involving organized criminal activity. He also spent a year as a trial attorney with the US Securities and Exchange Commission, where he conducted investigations and handled administrative proceedings.