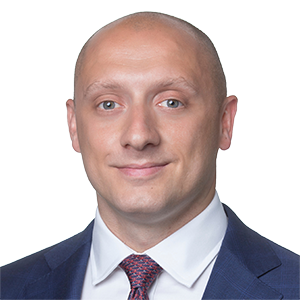 Peter B. Siegal is a first-chair appellate lawyer and a partner in Norton Rose Fulbright's Washington, D.C. office. His practice focuses principally on complex, high-stakes litigation in the Supreme Court of the United States and the federal courts of appeals. He also routinely practices before federal agencies and trial courts, where he is often called upon to develop case-dispositive strategy and oversee briefing in his clients' most significant matters. Among Peter's clients are nationwide leaders in the transportation, energy, pharmaceutical, technology, and insurance sectors; an array of nationwide business groups, most notably in the financial-services industry; and various sovereign nations, including major U.S. allies. In service of those clients and others, Peter has successfully briefed and argued matters in areas including class-action law, data security, arbitration, the Racketeer Influenced and Corrupt Organizations Act (RICO), the Securities Exchange Act, the Foreign Sovereign Immunities Act, the Patent Act, the Federal Power Act, and federal employment law. In recognition of his accomplishments in these and other areas, Peter has been named a "Rising Star" for appellate litigation by Super Lawyers Magazine six years running.

Peter also maintains an active and consequential pro bono practice. He has been counsel of record in numerous criminal cases in the Supreme Court and has also played a critical role in an array of civil rights cases in the lower courts, including matters with far-reaching consequences. For instance, in 2021, Peter successfully represented Patricia Rolfingsmeyer, the same-sex spouse of a deceased former servicemember, in her federal appellate challenge to the Government's determination that she did not qualify for spousal death benefits because her marriage occurred too shortly before her spouse's death. Based on Peter's briefing, which highlighted that the timing of Ms. Rolfingsmeyer's marriage was the product of an unconstitutional state law banning same-sex marriage, the Biden administration not only confessed error, but also reversed federal policy regarding the duration-of-marriage requirement for same-sex couples going forward.

Peter joined Norton Rose Fulbright's appellate practice in 2018. Prior to that, he practiced at a litigation boutique in Washington, D.C., and served as a law clerk to the Honorable William J. Kayatta, Jr., of the United States Court of Appeals for the First Circuit. He lives in Bethesda, Maryland, with his wife and young daughter.

Peter is admitted to practice in the following courts and jurisdictions: