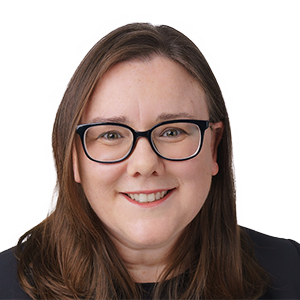 Jo Feldman is an arbitration and litigation lawyer; with over 17 years' experience working with government and the private sector.  She has broad experience in disputes under national laws and international law, and has acted for and against States in investment treaty arbitrations.

Jo is a highly regarded trade and investment lawyer. She was a senior member of the legal team defending Australia's first investor-State arbitration claim, Philip Morris Asia Ltd v Australia, and on Australia's subsequent ISDS claims. She also worked on investor-State arbitration cases while on a Barristers Exchange at Grey's Inn, London.  She was a Senior Dispute Settlement lawyer at the World Trade Organization and has extensive experience in WTO disputes, including six WTO disputes brought against Australia and as a Third Party in disputes between the US and China over antidumping, rare earths, intellectual property, and digital products, and assisting the Panel on US – Large Civil Aircraft (2nd Complaint).

Jo has been a negotiator or advisor on most of Australia's Free Trade Agreement negotiations, including the Trans-Pacific Partnership Agreement, and FTAs with China, the EU, Japan, Korea, Malaysia, New Zealand, Singapore, and the UK. She has provided advice across the entire range of trade law issues, including tariffs, anti-dumping, foreign investment, digital services, intellectual property, competition, environment, mining and energy.  Jo has been invited by the APEC Secretariat to conduct trade negotiation courses.

Among her roles in government, Jo was the Director of the Investment Law Section at the Department of Foreign Affairs and Trade and the Director of the Brexit Taskforce and Europe Trade Branch providing advice to government and business on the implications of Brexit for Australia.  Jo was Australia's representative to the World Intellectual Property Organization (WIPO), and negotiated on emerging issues in intellectual property, including traditional knowledge, vaccine access, and genetic resources.  She worked on the Australia - EU Wine Agreement, and amendments to the Patent Act, wine labelling and registration regulations, and the Australia New Zealand Food Standards Code.

Jo is also experienced in human rights law, and Environmental, Social and Governance (ESG) issues. She was Australia's lead on human rights at the United Nations in New York, and was Vice Chair of the UN Commission on the Status of Women, chairing the negotiation of the Political Declaration to mark the 25th anniversary of the Beijing Declaration and Platform for Action.

US - Large Civil Aircraft (2nd Complaint) - Recourse to article 7.9 of the SCM Agreement and article 22.7 of the DSU by the European Union, WT/DS353

Thailand - Customs and Fiscal Measures on Cigarettes from the Philippines (Panel), WT/DS371/R.