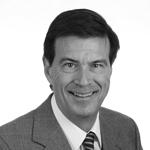 Martin Rochette practises primarily in the area of pension and benefits law. He is chair of our Canadian pension and benefit plans team. Mr. Rochette has focused on the legal aspects of employee benefits, especially pension plans, since 1977. Consequently, he followed developments in this field throughout the period in which major pension reforms were developed and implemented.

Mr. Rochette handles most aspects of pension plans and employee benefits. He has experience in litigation and making representations to government authorities, such as Retraite Québec (Quebec Pension Board) and the other provincial regulatory bodies, the Office of the Superintendent of Financial Institutions Canada and the Canada Revenue Agency. He has served on the committee of experts on the future of the Quebec retirement system (Comité D'Amours).

Before joining us in 1991, Mr. Rochette worked for a leading Canadian actuarial firm for over 15 years.

Mr. Rochette has recently acted for the following clients: