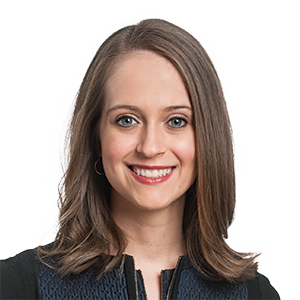 Claudette van Zyl practises in international arbitration and all areas of civil and commercial litigation, including class actions.

She is also a sessional lecturer in international commercial arbitration and in appeals at the Université de Montréal.

Before joining the firm as an associate, Claudette was the founding editor-in-chief of the McGill Journal of Dispute Resolution. She has completed legal internships with a prominent international arbitrator based in Montreal and at the Permanent Court of Arbitration in The Hague.

Claudette also has a keen interest in food and regulatory law, and co-authored a chapter in an award-winning book on the transformation of cider in Quebec. She is co-author of the Jurisclasseur (Québec) intellectual property fascicule on collective marks, and co-coaches the McGill team for The H.G. Fox Moot in intellectual property.

A #MeToo-era class action authorized, with a twist