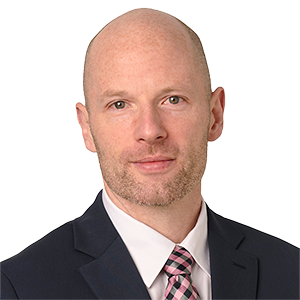 Scott Boucher is a partner in our litigation group, practising general commercial litigation with an emphasis on insolvency and restructuring and estates litigation. He assists clients and other lawyers on a wide variety of matters, including contract and property disputes, insolvency files including receivership, CCAA, bankruptcy and foreclosure proceedings, wills variation claims, and trusts litigation. He has appeared before the Supreme Court of British Columbia, the British Columbia Court of Appeal and the Supreme Court of Canada.

After completing an undergraduate degree at UBC, Mr. Boucher attended law school at Dalhousie University, earning a Schulich Scholarship for academic excellence and community service. He completed summer articles in 2010, before studying at the National University of Singapore on exchange in his third year of law school. He clerked at the Supreme Court of British Columbia in 2012, and completed his full articles in early 2013.

Mr. Boucher has acted as counsel for a variety of clients including:

Your world, this minute: Updates for Canada’s charities and NFPs