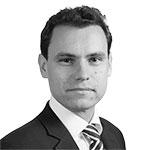 Dr. Nikolaus Wank is a dispute resolution and litigation lawyer based in Munich. He focuses on commercial disputes and advises our clients with regard to out-of-court settlements as well as litigation and arbitration proceedings.

Nikolaus is admitted to practice law as a German lawyer (Rechtsanwalt) and as an Attorney-at-Law in the State of New York. Nikolaus is a member of the German-American Lawyers Association. He is a German native speaker and is fluent in English.