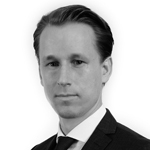 Sören Räthling is an antitrust and competition lawyer based in Hamburg.

Sören advises clients on all aspects of German and European competition law with a focus on representing clients in antitrust proceedings, in particular for cartel damage actions before German courts.

Sören is fluent in German and English.