The Regulator has not been standing idly by waiting for its new toolkit to arrive. Just two days before the powers came in, it published a raft of policies – some brand new, some updated – to explain when and how it expects to use the powers.

The Regulator has worked hard to take on board feedback from the industry and there is a huge amount of information to digest. In this briefing, we pull out the top 10 things employers, trustees, lenders – or really anyone involved with pension schemes – should know about the Regulator’s proposed approach.

What are the Regulator’s new powers? A quick recap.

The main powers are:

For more detail on the Regulator’s new powers, please see our briefing on Stronger powers for the Pensions Regulator.

What new information has the Regulator provided?

The Regulator has provided a finalised:

We saw draft versions earlier this year. The criminal powers policy is significantly more detailed than the consultation draft.

The Regulator has also provided consultation drafts of brand new policies on overlapping powers (how to choose which power to use), a monetary penalties policy and information gathering. It has also significantly updated its guidance on the voluntary clearance process.

So what are the most important points to note from the 100-odd pages of new and updated policies?

The top 10 things you should know

1. The Regulator will only bring criminal proceedings for the most serious behaviour.
The final criminal powers policy is more direct and comforting than the consultation draft. It clearly states that the Regulator will only investigate and prosecute the “most serious examples of intentional or reckless conduct” and that “the vast majority of people do not need to be concerned – we don’t intend to prosecute behaviour which we consider to be ordinary commercial activity”.

2. A “reasonable excuse” has three main ingredients.
A wide range of activities is now potentially in scope for the Regulator’s criminal powers. But no offence will have been committed if the person had a “reasonable excuse” for their actions. So this has become incredibly important.

The Regulator will generally assess this by working through three questions:

Other factors are also important. For example, did the person inform the scheme trustees before acting and did they comply with their legal duties to the scheme?

Action: Ensure decision-makers are trained on the new risks and the Regulator’s approach. Update relevant protocols and processes (see also below).

3. A good decision-making process and paper trail are vital.
It has become more important than ever to have a good decision-making process before an event that could adversely affect a DB scheme and to document it properly. The Regulator expects “the basis for the reasonable excuse to be clear from contemporaneous records, such as minutes of meetings, correspondence and written advice.” This paper trail will also be important for establishing a statutory defence against contribution notices and, more generally, for persuading the Regulator it would not be reasonable to use its powers.

Action: Consider any planned transaction, refinancing, dividend or other “covenant leakage” with the Regulator’s three factors in mind. Keep a clear record of the thought process and the rationale for going ahead.

4. Lenders can generally act in their own commercial interests.
The Regulator is much clearer in its final criminal powers policy that lenders are entitled to act in the best interests of their shareholders even if they are aware this could harm a DB pension scheme (for example, a decision not to lend more money to a struggling employer). This is so long as (broadly) the lender is acting reasonably and hasn’t deliberately set out to harm the scheme. However, the Regulator does appear to expect lenders to consider viable alternatives.

Action for lenders: Review decision-making processes and documentation to minimise risk when dealing with corporates who have DB pension schemes.

5. Clearance might help defend against criminal proceedings.
The Regulator has stressed that it can’t issue a clearance statement in relation to criminal offences. This process is only available for contribution notices and financial support directions. However, it does acknowledge that whatever mitigation helped achieve clearance may also help to establish a reasonable excuse.

Action: When considering whether or not to seek clearance, factor this into the pros and cons.

6. The Regulator can’t prosecute unless a conviction is likely.
The Regulator has now confirmed that, in line with the Code for Crown Prosecutors, it can’t bring criminal proceedings unless conviction is a realistic prospect. As criminal cases need to be proved “beyond a reasonable doubt” this is a high bar. The Regulator will need to have strong evidence of serious wrongdoing before going down this route.

7. Other prosecuting authorities have yet to confirm their approach.
The Regulator is not the only body that could bring criminal proceedings. In England and Wales the Secretary of State and the Director of Public Prosecutions could also do so.  Northern Ireland and Scotland have their own prosecuting authorities.

The Regulator has been trying to agree “memoranda of understanding” with them to achieve greater certainty for the pensions industry, but for now it is not known what approach they would take.

Action: Keep a watching brief for further developments and update processes if necessary once position of other relevant prosecuting authorities is known.

8. The new powers aren’t retrospective… or are they?
The Regulator can’t use its new powers for things that were done (or not done) before October 1, 2021. But it considers it may take into account circumstances before that time, for example to decide whether someone had a reasonable excuse for their actions. This may be helpful to the person under investigation in some circumstances – less so in others.

9. There is no deadline for prosecuting the new criminal offences.
If the Regulator wants to pursue a contribution notice, it has to take action within six years of the act or failure. No such limitation period applies to the criminal offences.

Action: Consider how best to store records of past decisions and for how long to keep them. Take care when personnel move jobs so that records are not lost.

There is no guidance on what counts as “material” under the various contribution notice tests. Apparently this is too fact-specific. So each case will involve a judgment call.

Action: Ensure the relevant decision-makers are aware of this issue and the process and documentation the Regulator would expect. Consider when specialist advice and trustee engagement would be needed. 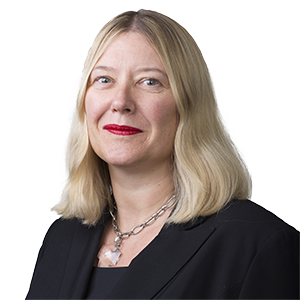 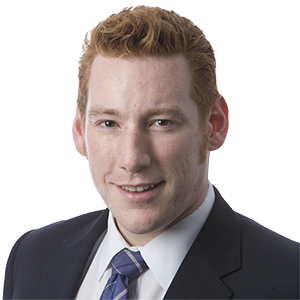