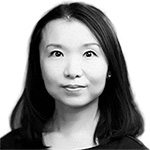 She is recognized as a "Next Generation Partner" for debt capital markets by The Legal 500, and as a "Notable Practitioner" in IFLR 1000 and was also named as a "Rising Star for Capital Markets" and "Rising Star UK" at the inaugural Euromoney LMG Awards. The Legal 500 UK 2021 has commended her as "Versatile" with "a particular focus on green bonds".

Jacqueline contributes to thought leadership on green bonds and sustainable financing, and is a regular author/commentator and panel speaker. She is a published author on, and deals with issues arising from, the transition from LIBOR to risk-free rates.

Jacqueline graduated from Cambridge University with an MA (Cantab) in Law and an LL.M. (Commercial Law). She was also a Cambridge Commonwealth Trust scholar, and a recipient of the regional ASEAN scholarship award.