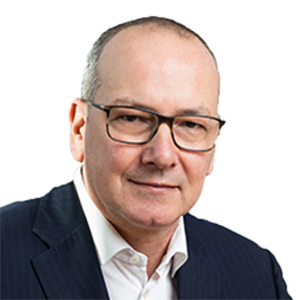 Wayne Spanner is a partner and a member of the Global Executive Committee based in Sydney. He was previously the managing partner of our Australian practice from 2012-2020.

He is an experienced litigator with a background in employment and labour law, having spent over 25 years in South Africa, the United Kingdom and Australia. Prior to being elected Australian managing partner, he was part of the Australian Executive for a number of years, serving as Head of our Australian Disputes Group and Global Head of the Employment and Labour Group.

Wayne’s leadership of the Australian Practice was recognised when he was named Lawyers Weekly Managing Partner of the Year in 2014. He has also been recognised by Best Lawyers in 2012, 2013 and 2014 in employee benefits law.

During his time as managing partner, the Australian Practice has continued its growth to be one of Australia’s major legal teams, advising almost half of ASX top 100 companies and over 200 of Australia’s top 1000 companies. As a member of the global group, the practice is one of the largest global legal providers in Australia. Our regional capabilities, including strong presence in the Indonesian market, continue to grow.