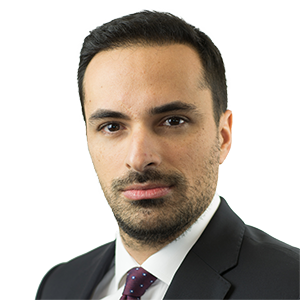 Manos Chamilothoris is a banking lawyer specializing in shipping finance. He has experience in advising international financial institutions and ship-owing companies in the context of shipping finance and other banking transactions, most of which are English law driven.

Before joining the firm in 2014, Manos worked with a top tier law firm of Wall Street in New York as an international lawyer, assigned to the structured finance group. He had previously worked as an associate in a major Greek law firm based in Athens, where he was involved in high-profile privatization projects.