In a year where the pace of global M&A transactions continued unabated, many if not all of the major deals were subject to scrutiny in several Asian countries. East Asian companies were also involved in many intra-Asian deals. Japanese companies in particular continued to invest significantly in other parts of Asia, leading to a significant number of merger filings across the region. Merger control procedures are now a well-established feature of any major M&A transaction; competition authorities in Korea and Japan annually review more than 500 and 300 mergers, respectively. The year’s unprecedented level of M&A activity will likely lead China to reach similar numbers for 2015, an increase of one-third compared to previous years where China’s Ministry of Commerce (MOFCOM) would review 200 cases on average. Authorities have streamlined their procedures to deal with the increase in the number of cases that are subject to merger review. Around three quarters of all cases notified in China are now reviewed under the simple case procedure, a process that typically lasts for less than one month after a transaction is accepted for review. Similarly in Korea, the Fair Trade Commission (KFTC) introduced a new simplified process in the summer of 2015, which delivers clearance within around two weeks of filing for simple transactions. The only country in the region that saw a decrease in the number of merger review procedures is Indonesia, where only 34 transactions were filed for clearance during the year, compared to more than 50 on average in the preceding two years. This may however be more a reflection of the prolonged review process rather than a slowdown in merger activity in the country.

2015 saw a number of complex transactions, leading to protracted merger proceedings and decisions revealing increasingly sophisticated economic analyses in virtually all jurisdictions with active enforcement regimes, i.e. China, Japan, Korea, Singapore and Taiwan.  While many transactions led to very significant concentration levels, parties attempted to resolve these by way of commitments.  Structural remedies and other commitments were ordered in several such cases in China, Japan and Korea.  In Singapore, Cebu Air and Tiger Airways had to significantly reduce the scope of their proposed transaction following strong opposition from the Competition Commission of Singapore, which expressed concerns of high concentration levels and limited competitive constraints on passenger flight routes between Singapore and the Philippines.

As the year drew to a close, several global transactions were pending review in several Asian countries (including AB-Inbev/SABMiller, Pfizer/Allergan, DuPont/Dow Chemical and Fedex/TNT), two domestic transactions were still pending phase-two review in Japan, and parties to a merger in the airfield lighting systems industry were negotiating stringent remedies in the hope of obtaining clearance in Singapore early in 2016.  In this last transaction, the parties have proposed price-related commitments; a remedy that has been accepted by the competition authority in Singapore in previous instances where it had granted conditional approvals.  Acceptance of price-related commitments has evolved into a common trend in the region and are now routinely accepted as part of the conditions to which an approval is subject, including in two transactions conditionally approved by KFTC in March 2015.

Several transactions in IP-heavy industries (particularly healthcare and technology) attracted the close scrutiny of Asian competition authorities during the year, leading to several remedies and the abandonment of one transaction.

In the healthcare sector, Japan’s Fair Trade Commission required significant divestitures as a condition for its approval of the Zimmer/Biomet merger.  Its counterpart in Korea required divestitures by Bayer in connection with its acquisition of Merck’s consumer care business.  Facing significant opposition from the Singaporean competition authority, Medi-Rad abandoned its proposed transaction of Radlink-Asia.

In technology markets, NXP’s acquisition of Freescale was subject to divestiture requirements as a condition for approval in China and Korea, on account of the merged entity’s high market shares.  This is also the first transaction where MOFCOM ordered a “fix-it first” remedy, requiring that the divestitures occur prior to closing of the transaction.  Another transaction involving technology markets is Nokia’s acquisition of Alcatel-Lucent, which was approved by MOFCOM subject to commitments by Nokia that it license certain standards-essential patents on fair, reasonable and non-discriminatory terms.  These terms are similar to those imposed by authorities in China and Taiwan in connection with Microsoft’s acquisition of Nokia’s mobile telephone business in 2014, a transaction that was only cleared in Korea in August of this year, almost one year after it had closed.  While the transaction was apparently notified as a merger under applicable Korean rules, the parties had undertaken a restructuring before closing.  However, this factor neither prevented the pursuit of an investigation, nor the securing of commitments from Microsoft as regards its licensing practices, after the transaction had closed.

Competition authorities in the region have long had an interest in technology markets and related competition issues involving technology licensing.  In October, MOFCOM revised the 2012 conditions it attached to Western Digital’s acquisition of Viviti’s hard disk drive business (Hitachi) and the 2011 conditions imposed in relation to Seagate’s acquisition of Samsung’s hard disk drive business, absolving the parties from some of their commitments on account of changing market circumstances.  This followed an earlier decision adopted in the first days of the year, in which MOFCOM released Google from earlier commitments following the sale of its mobile handset business to Lenovo.

Fines for failure to seek clearance

Building on a series of decisions in China, Indonesia and Taiwan in previous years, authorities continued to penalise failures to seek merger clearance.  In October, Taiwan’s Fair Trade Commission imposed fines on taxi operators for their failure to notify.  In September, MOFCOM imposed sanctions on six companies for failing to seek merger approval in four separate cases.  These companies included parties to domestic mergers, confirming a trend observed in 2014 of a more aggressive enforcement of China’s merger rules in the context of domestic transactions.  An increase in purely domestic transactions being reviewed was similarly observed in China this year – 40 per cent during the third quarter of 2015 (the last quarter for which statistics are available) compared to historical levels hovering around 10 per cent.

Competition authorities in East Asia have long cooperated with their counterparts in Europe, the US and Australia in the framework of their review of international mergers.  More efficient and systematic cooperation is expected to follow a second-generation Cooperation Agreement between competition authorities in Japan and Australia which was concluded in April.  The agreement is significant as it allows the authorities to exchange confidential information among themselves without obtaining a waiver from the parties.  In May, MOFCOM concluded a first Memorandum of Understanding on cooperation with Canada’s Competition Bureau.  In September a Memorandum of Understanding was concluded between the Korea Fair Trade Commission, the US Department of Justice and the US Federal Trade Commission.  In October, MOFCOM and the European Commission agreed on best practices for cooperation on reviewing mergers.  The agreement, which took the form of a joint “Practical Guidance”, gives recognition to the efficiency-enhancing benefits of a collaborative review of the same transactions and the authorities’ mutual interest of achieving an accordant outcome.

Perhaps most significantly, 2015 saw an increase in cooperation among Asian competition authorities.  In April, following the announcement made by Applied Materials and Tokyo Electron that they had abandoned their proposed merger due to antitrust concerns, MOFCOM issued a press release explaining that it had cooperated extensively with foreign competition authorities during its review of the transaction, specifically referring to the Korean Fair Trade Commission.  The Korean Fair Trade Commission separately issued its own press release in which it confirmed that it had cooperated extensively with competition authorities in China, Japan and Taiwan during its review of the case.

Although the caseload of merger control authorities depends on parties’ appetite for engaging in M&A transactions, a number of difficult multijurisdictional cases are pending review by Asian competition authorities.  These will put to the test these authorities’ ability to coordinate their enforcement with their overseas counterparts.  China is expected to further develop its guidance on substantive review and procedure.  Elsewhere in the region, competition authorities in the Philippines and Myanmar should prepare for the introduction of their new merger regimes due to take effect in 2017, while other jurisdictions – such as Indonesia, Malaysia and Thailand – may consider reforming their respective competition legislation to reform the way mergers are assessed. 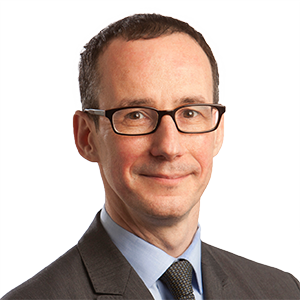