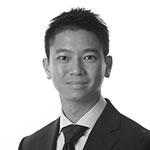 Gregory Man is a debt capital markets lawyer based in Dubai. He has extensive experience of Islamic and conventional capital markets and structured finance transactions. He acts for leading financial institutions, key corporates and government entities in Europe, the Middle East and Asia. Greg was previously based in Hong Kong where he led the Islamic finance practice in Asia for a Magic Circle law firm. Prior to being in Hong Kong, Greg was based in Dubai for five years and London for four years.

He regularly acts for many of the leading local and global investment banks as arrangers, dealers and joint lead managers on bond and Sukuk transactions. This includes assisting the Majid Al Futtaim Group, The Islamic Development Bank and Emirates NBD and the recent issuance by ENBD of Basel III-compliant AT1 capital securities in the UAE.

Greg's experience in these areas has been recognised in Chambers Global, IFLR1000 and Legal 500 and has led to the award for capital markets law firm of the year at Islamic Finance Awards 2018.