The National Diversity Council this week honored Lisa Genecov (Dallas), Julie Mayo and Alaina Benford (Houston) for being named among the Top 50 female lawyers in Dallas and Houston.

Genecov, who also serves are our US Head of Diversity, was named one of Dallas' Top 50 Most Powerful Women in Law. She received her award at an honoree's breakfast on Tuesday, Nov. 7, at the Dallas Sheraton. Mayo and Benford were each named one of Houston's Top 50 Most Powerful Women in Law, and they received their awards—also on Nov. 7—at a breakfast to honor the recipients at the Sheraton Galleria Hotel in Houston.

The National Diversity Council, launched in 2008, is a non-profit organization and is a "forerunner of community-based, national organizations that champion diversity and inclusion across the country." It is comprised of both state and regional councils, including the National Women's Council, the Council for Corporate Responsibility, and the Center for Community Leadership. 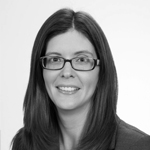