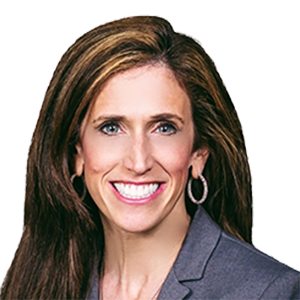 Prior to joining Norton Rose Fulbright, Celia served for more than five years as Assistant General Counsel at JPMorgan Chase, where she led internal investigations for JP Morgan Chase's Government, Investigations & Regulatory Enforcement Group. In that capacity, she successfully oversaw complex investigations spanning multiple jurisdictions, and represented the bank in response to whistleblower matters and inquiries from the Securities and Exchange Commission, Office of the Comptroller, the Fed, the Financial Industry Regulatory Authority, state and federal prosecutors as well as various federal and local law enforcement agencies. In addition to her significant experience with financial services clients, Celia represents clients from a wide variety of industries in connection with government investigations and enforcement defense.

As Assistant US Attorney in the Eastern District of New York from 2009-2015, Celia prosecuted some of the most high-profile matters in the office. Her trials include an al-Qaeda terrorism trial, a major racketeering case involving six murders and a death penalty case involving the murders of two undercover New York City Police detectives. During her tenure, she handled cases involving securities fraud, international wire fraud, terrorism, cybercrime, healthcare fraud and racketeering.

Before entering public service, Celia practiced for a decade at two major international law firms where she represented individuals and corporations in a variety of white collar and civil litigation matters. In that role, she successfully obtained a full acquittal in a healthcare fraud trial in NY state court. She also successfully obtained a dismissal of insider trading charges brought by the SDNY and the SEC.

ESG: Key regulatory risks for financial services firms in the UK and US and how to manage them

ESG: Key regulatory risks for financial services firms in the UK and US