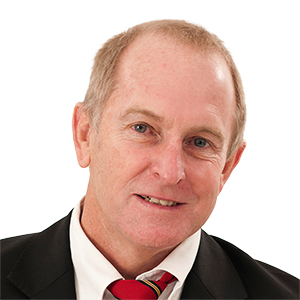 Gary specialises in projects and in particular their construction. He has a vast experience in dealing with infrastructure projects as well as projects concerning energy and other industrial plants. Gary is a specialist in construction and engineering law with the advantage of extensive experience in the negotiation and drafting of construction contracts and project agreements, as well as dealing with any disputes should they arise in the performance of the contracts.  He has conducted large arbitrations in all the Provinces in South Africa, as well as in neighbouring States and in other litigation in Africa and internationally pertaining to construction disputes, representing employers, contractors and sub-contractors.

Gary has experience in advising clients concerning their involvement in PPP projects such as:

Gary has extensive knowledge of all aspects of the energy and construction industries, from large scale commercial and residential projects to complex plant facilities.  Construction and engineering projects involve a number of risks and those risks need to be negotiated, allocated and managed.  He has a keen interest in risk reduction in projects and has spoken at seminars and conducted training regarding the identification of and dealing with the inherent risk in projects and ensuring their appropriate allocation to the best person placed to manage those risks.  With an in-depth knowledge of the construction industry Gary knows generally what risks the respective parties to construction and operating and maintenance contracts are prepared to accept and how to overcome any difficulties in negotiations concerning the sharing of risk.  The benefit of an in-depth knowledge of the risks and the methods of allocating and managing them and conducting project risk due diligence exercises often expedites the bankability of a project.  He has an in-depth knowledge of the mitigation of risks by insurance and advises on all aspects of project insurance.

Gary advises contractors, sub-contractors and employers on the use of the FIDIC suite of documents, including conditions of contract for construction, conditions of contract for plant and design-build and conditions of contract for the EPC/Turnkey projects as well as on the drafting of agreements for the procurement of plant, machinery and equipment with extensive experience in preparing specifications for various items of plant, including amongst others, boilers, turbines, diffusers, air conditioning equipment, furniture and fittings and the like.  He also advises on the drafting of consultancy agreements for the appointment of all consultants (architects, electrical and mechanical engineers, project managers, quantity surveyors, geotechnical engineers) utilising the standard FIDIC White Book and other consultancy agreements published by the respective professions such as the General Conditions of Contract for construction Works issued by the South African Institution of Civil Engineering (SAICE), Gary is familiar with the differences between GCC 2010 and the third edition (2015). Gary is also familiar with dealing with these General Conditions of Contract in the format prescribed by the Construction Industry Development Board in the Standard for Uniformity in Construction Procurement and in conjunction with SANS 1921 that deals with the requirements and constraints relating to the manner in which contract work is to be performed. He is also familiar with the NEC suite of contracts and has dealt extensively with EPCM contracts.

Gary is experienced in advising on all construction based aspects for renewable energy particularly as part of the South African REIPP program as well as drafting standard form contracts for the small energy renewable programme in South Africa.  Gary also has experience with advising on the requirements of merchant power plants that are being contemplated in South Africa.  He also has experience in dealing with roof top solar projects. He has also been extensively involved in the CSP projects in Morocco representing Masen.

Gary has advised on three concentrated solar power plants under the REIPP programme in South Africa and Masen's CSP projects in Morocco where he has worked closely with Masen's technical team on the technical aspects of the project, the development of wind farms for independent power producers for construction in South Africa and elsewhere in Africa, a project for the construction of a new molasses to alcohol distillery in east Africa, waste facilities at landfill sites, open cast diamond mining projects, copper mining projects, the construction of the Moses Mabhida Stadium in Durban for the 2010 FIFA World Cup and has also represented contractors in regard to the commercial issues and all disputes relating to the stadiums constructed and refurbished for the World Cup.  Gary is also part of a team in advising the Utility in Morocco concerning a hybrid CSP/PV plant and is involved in advising on a hybrid biomass/wind project in South Africa. He has also been involved in high profile projects such as the new King Shaka International Airport and the Dube Tradeport. Gary has also advised on roof top solar projects. Gary has been extensively involved in resolving disputes in the Ilangalethu CSP project in Upington, South Africa concerning inter alia the solar field.

Gary has oil and gas experience in dealing with fuel tanks and oil pipelines, for example the major fuel pipeline running from Durban to Johannesburg, South Africa.

Gary was involved in the early stages of the Mmamabula coal project as well as the early stages of an underground coal gasification project that is being contemplated.  His experience includes advising on procurement in India and China for those projects including the green field establishment of a sugar mill and all the procurement required for the mill, including cogeneration facilities as well as advising on procurement for ethanol plants. He is also involved in the 3,000MW coal fired Lusulu power project in Zimbabwe.

Gary is advising in gas-to-power projects in South Africa in the Ports of Richards Bay and Coega and in Saldanha in respect of the gas to power project for ArcelorMittal. He is also advising on an underground coal gasification project.

Gary has in his former position as a director of Garlicke and Bousfield Inc extensively advised Tongaat Hulett Developments in respect of many of their projects including the Point Waterfront, the Mount Edgecombe Estate and Zimbali on a wide range of issues. He was also extensively involved in the resolution of disputes that arose in respect of those projects. He obtained his B.A., LL.B qualification from the University of Natal and was admitted as attorney in 1985. He has also obtained Diplomas in income tax and pension fund law.