—Reports filed by correspondents across the world—

Autumn is amazing. The trees pass in my train window like fireworks—connected by soft grasslands interrupted by shocks of seawater—as we speed down the coastline from Boston to New York. I’m a little colorblind, so the fine points in this firestorm of color escape me. I am great with the primary colors, but not the muddled ones. But the changes this season register so sharply on the eye—the way your finger would feel on frozen metal—that they might even be a consolation for the loss of Summer. People often say they like the change of seasons. I don’t. I only like the change to Spring, and that’s because it foretells the change to Summer, which really is the only change I like.

My daughter is moving to LA, which eons ago changed to Summer and got stuck there—which is just fine, thank you very much. The other weekend in LA, we passed by a big glass box of an office building in bold bright blue and I had never before seen a building that blue. I couldn’t remember seeing that blue on any New York City building or, for that matter, in any city view (and here, it’s just splashed across the landscape). So my eye locked in on that blue, hunting for it, and I finally saw it, in New York, as I approached the Henry Hudson Bridge from the Bronx:  three blue traffic signs, one for traffic information, one for attractions nearby, and one for group therapy.

The next time I take this train, the countryside may be blanketed white. I learned I was colorblind when I was in my twenties, taking a test for the military (so I couldn’t be a pilot, maybe because I would confuse the green house with the brown depot). Immediately, I felt a sense of loss. Not for the colors I wasn’t seeing, because I could never see them anyway.  But for the twenty years of not missing that I was missing them.

A couple of days later, driving through desert country with friends, I told them I had just found out I was colorblind. One of them asked, what colors? I said, black and white. She nodded understandingly. So I added, I have trouble reading a newspaper. To this day, I have yet to settle whether I should have done that. (There’s no way she remembers it.) Maybe the physiology between these things is related, or one thing bleeds into another. Maybe not being able to tell some colors from others is akin to not being able to tell right from wrong.

Hard for me to tell.

Saturday morning brings the ritual of following a black line through cool clear water. Sunlight hits my skin, dances through the water and bounces off the blue tiles. My rhythmic glide — breathe — glide — breathe is both calming and invigorating. With each turn of my head, I see the sun in the blue sky and then the sun in the water, creating magic. I am mindful of the joy this swim in the Sydney sunshine usually brings come December.

But not today. There is no sun today. There has been no sun this week. The sky is grey, a dirty, eerie grey. The Emerald City has lost its sparkle as it has become steadily clouded in ash: ash from bushfires on the doorstep of Sydney and reaching out into bushland and farmland. Now mega-fires have joined up, burning more than a million hectares, burning homes and stock and habitat and irreplaceable wildlife. The koala may now be functionally extinct. Our ‘sweeping plains’ are burning and as I write we are only one week into summer, with heatwaves already forecast for Christmas.

Today, my swim is not soothing or invigorating. The water is cool and plentiful but there is no magic. At this time of drought, my Saturday ritual reminds me that I am lucky to be swimming in this water. I feel grateful that I don’t live on the land, as my parents and their ancestors did, and that I don’t suffer this endless drought with the pain of the farmers. But today is different. The consequences of our worst drought in history have come to Sydney and cannot be ignored. Our country is burning and there is no water—in the dams, rivers, soil or trees—to stop it. There is no rain. Our exhausted firefighters warn of a bushfire emergency, and demand a rethink to manage the bush in our changed environment and in the new norm of extreme temperatures.

Today, I am not calm or invigorated, I am sad. I cannot fix this. I cannot reverse the damage or the heartache of the last month of fires or the last year of drought. I am mindful of my anger that I cannot stop the bushfires by myself and the irony that in Madrid our Prime Minister avoided all connection between drought, bushfire and climate change.

As my anger increases, so does my pace in the water. I wonder, is this what drives change? Do we all just need to be angrier—at the drought, the bushfires and our ever soaring temperatures—to get this sorted? I find myself praying for rain, Mackellar’s ‘steady, soaking rain’. Today, I will take rain over magical sunshine.

You may already know this story—the story of a fat cat called Victor and its owner Mikhail. Mikhail was famously punished by Aeroflot after he cheated the airline by taking his overweight companion on board a Moscow–Vladivostok flight. When the flight was over the owner shared his story on  Facebook, revealing how he supplied a friend’s less weighty cat when it came to the weighing (his own Victor weighed two kilos above the limit). After the story went public, Aeroflot cancelled Mikhail’s membership of the loyalty programme and took away his bonus miles.

Within one week there were 2,854 media references and numerous cat-memes on the Russian internet making fun of Aeroflot and expressing sympathy to Mikhail, the caring cat-owner. New slogans for airlines were offered up : ‘Weight discounts for Siberian cats’ (Siberian Airlines); ‘VIP flights for cats and their people’ (Emirates); ‘All cats welcome since 1926’ (Lufthansa). Most people supported Mikhail and not the stick-to-the-rules Aeroflot. Russia is ranked #1 internationally by number of home cats. This also could have something to do with it.

Is this a typical Russian story? Probably not. But doesn’t it show how some simple human values have become so rare? More often, we come across people acting like robots, following rules at the expense of common sense and compassion.

In Russia, the main value we lost with the collapse of the Soviet Union was the value of a human person regardless of social standing and assets. This value was rooted in the way of life notable to the majority of the Soviet people when there were no personal assets and when even people at the very top pursued a modest style of life, especially under the prism of modern standards. All had a more or less equal level of income, with salaries publicly disclosed. The major credit in promoting simple human values belonged to the Soviet educational system. Perestroika and the succeeding era of wild capitalism did away with ‘un-freedom’ and  the Iron Curtain but also got rid of ideals and values nurtured by the Soviet system. In their place came shameless greed for profit and unprincipled conduct.

Nowadays, with a new generation, I see evidence of a gradual return to human values in everyday life. A man in the Underground prevents the door from closing when he sees someone rushing at the last moment. A repairman inflates the tire for free in the morning rush hour. A youngster buys a whole pile of newspapers from an old lady who is selling them in the Underground. Even Aeroflot-cat is evidence. The future is promising. I, like so many Russians, want to believe that.

Chaim Wachsberger is a partner in New York and adjunct professor at NYU Law School. Noni Shannon is an environment and climate lawyer in Sydney. Natalia Mushinska is RE’s Moscow correspondent. First published in RE issue 16 (2019) 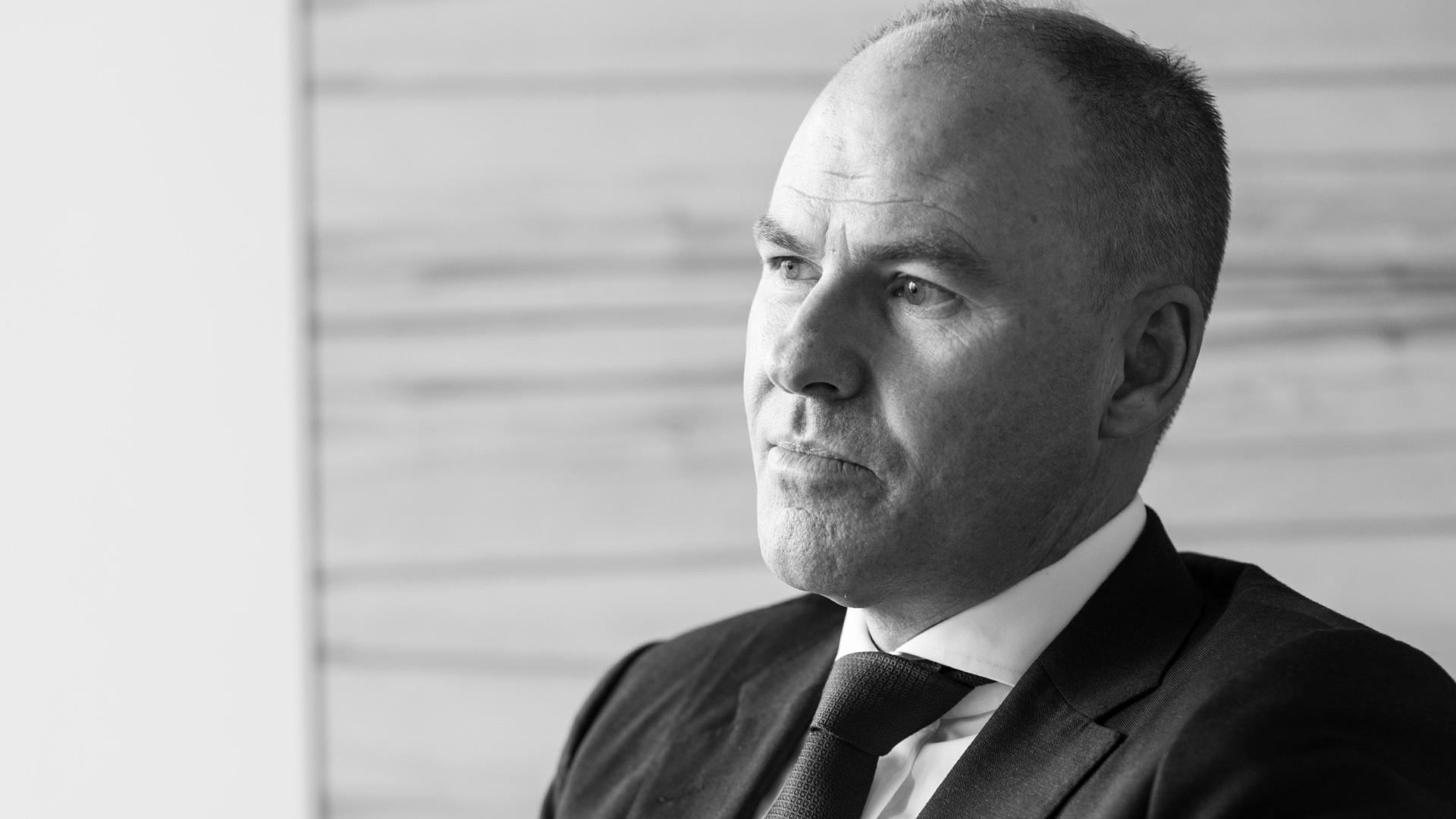 Examining the look and feel of life under the headlines