There are many potential benefits for trade mark owners who enter into trade mark licensing arrangements, including brand exposure and financial gains. However, a recent Full Federal Court decision in Lodestar Anstalt v Campari America LLC [2016] FCAFC 92, highlights that there can be consequences for the validity of trade marks the subject of license agreements if proper owner control mechanisms are not put in place and enforced.

This recent decision, which overturned the previous decision of the Federal Court in this matter but aligns with obiter from the earlier decision (full article here), demonstrates that theoretical control mechanisms of trade mark use contained within a licence agreement may not be enough to establish use of the trade mark by the owner, but that the exercise of these control mechanism in practice is required. This substantially changes what has been the underlying view on practice across licensing arrangements in Australia.

Particularly, where trade mark owners do not make use of any licensed marks themselves, they should carefully review and enforce these licensing arrangements to ensure that the validity of the underlying trade marks is not challenged.

Following this, Wild Turkey Bourbon succeeded in removing the Whiskey Mark from the Register and then registered the O’Sullivan Marks in its name.

In 2010, Wild Geese, who had commenced selling their whiskey in Australia, sought to remove the O’Sullivan Marks (WILD GEESE and WILD GEESE WINES that were now owned by Wild Turkey Bourbon) from the register on the ground of non-use. It is important to note that Wild Turkey Bourbon, who now owned the O’Sullivan Marks, had not made any use of the marks themselves, and all use of the marks had been made by Mr O’Sullivan in relation to his Wild Geese Wines products.

A Delegate of the Registrar of Trade Marks Office granted the application for removal, which Wild Turkey Bourbon then appealed to the Federal Court.

In order to defeat the non-use action, the onus was on Wild Turkey Bourbon to establish that it had used the O’Sullivan Marks in the period of three years and one month prior to the commencement of the removal action.

Therefore, the issue came down to whether Wild Turkey Bourbon had “authorised” the use of the WILD GEESE and WILD GEESE WINES marks by Mr O’Sullivan within the meaning of the Act, and what level of control this required.

The decision of Federal Court

The Federal Court concluded that Wild Turkey Bourbon in reality exercised no actual control over the use of the O’Sullivan Marks, concluding that “the licence agreement was not intended by the parties to it to deliver anything but the appearance of control to the Wild Turkey interest”.

However, in considering whether theoretical control was sufficient to establish use of the marks, Justice Perram considered that he was bound by the reasoning in Yau’s Entertainment Pty Ltd v Asia Television Ltd [2002] FCAFC 78 (Yau) (much to his Honour’s displeasure), and found that for the purposes of section 8(1) of the Act, a mere theoretical possibility of contractual control was sufficient to constitute authorised use.

The decision was appealed on the basis that Yau was not properly applied or was incorrectly decided.

The decision of the Full Federal Court

As expected by many commentators, the Full Federal Court unanimously upheld the appeal, and found that merely granting Mr O’Sullivan a licence to use a trade mark was not sufficient to establish Wild Turkey Bourbon’s use and control of the marks, and therefore their valid ownership.

Justice Besanko’s lead judgement noted that while some of the observations in Yau might appear to support the view that the mere existence of a contractual arrangement is sufficient to establish control of a trade mark, his Honour emphasised that this was not reason for the ultimate decision in Yau. Justice Besanko notes that in Yau, a significant degree of control was exercised by the trade mark owner in question, and disagreed that the primary judge was bound to by the commentary in that case to find in favour of Wild Turkey Bourbon.

The Full Court found that “control” within the Act required “actual control” and sufficient connection in the course of trade between the registered owner and the good and services. However, the Court commented that “actual control” is a question of fact and degree to be determined in each case and that in certain circumstances a mere licence may be sufficient, if the licence provisions were sufficient for the owner of the trade mark to maintain a sufficient connection with the marks.

It is interesting to note that the Full Court did not consider the licence arrangement in the present facts to be a sham, but rather the case turned on the question whether Wild Turkey Bourbon did in fact exercise any real or genuine control given the quality control mechanisms in the agreement were not enforced.

This case highlights the importance of taking care in establishing and enforcing trade mark licensing regimes, particularly in circumstances where only a licensee is making use of a mark, to ensure that sufficient control is exercised over use of the mark. Otherwise, the validity of the underlying mark may be undermined and it may be vulnerable to removal for non-use. This is particularly significant, as in the circumstances of non-use, the trade mark owner will not be able to rely on its registered rights in actions against third parties. It will also lose any licensing royalty streams derived through the registered mark.

Given this recent decision, it is now imperative that licensing regimes not only include strong contractual provisions which emphasise the control being exercised by the licensor, but also that these control mechanisms must be exercised in practice. Trade mark owners should review existing arrangements, and take care to both enforce quality control provisions and document this enforcement.

If you would like more information about ensuring a strong trade mark licensing regime which will not impact the validity of your registered rights, or trade mark protection more generally, please contact our Trade Marks Team. 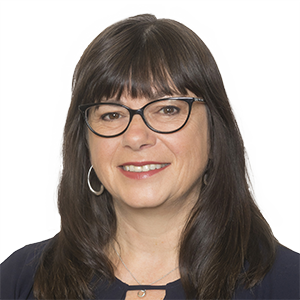 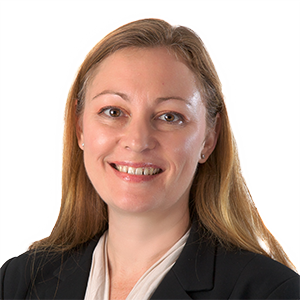