Skip to main content
Use of cookies by Norton Rose Fulbright
We use cookies to deliver our online services. Details and instructions on how to disable those cookies are set out at nortonrosefulbright.com/cookies-policy. By continuing to use this website you agree to our use of our cookies unless you have disabled them.
OK
The Federal Court of Appeal has confirmed that the Federal Courts can – and do – interpret contracts between private citizens as long as it is done under a sphere of valid jurisdiction vested in the Federal Court.1 Absent a specific statutory grant of jurisdiction, parties cannot assert a contractual claim before the Federal Court with the aim of obtaining damages.

The interpretation of agreements and other commercial instruments is not the exclusive preserve of provincial superior courts. The Federal Court of Appeal noted that in the course of exercising its jurisdiction over tax, intellectual property, administrative, maritime, privacy and access to information matters, the Federal Courts must frequently determine questions that require agreements to be interpreted.

The Federal Court of Appeal provided an overview of the legal principles, legislative history and jurisprudence applicable to determine the scope of the Federal Court’s jurisdiction over the interpretation of agreements, notably here in a patent matter. Section 52 of the Patent Act constitutes a judicial power to determine issues of title to a patent and not an administrative power which would have otherwise been granted to the Patent Office. The Federal Court therefore disposes of the “very wide” power of deciding who is entitled to the grant of the patent by ensuring that the records accurately reflect the legal situation.2 Such determination must invariably involve the interpretation of agreements and other commercial instruments.

The Federal Court of Appeal warned against assessing whether something is “primarily a case in contract” or whether contractual interpretation will “dictate” the end result as contemplated in Lawther, as to do so would leave jurisdiction issues up to the opinion of a judge.3

It would be unduly onerous and contrary to the principle of access to justice to expect parties to first litigate the nature of their transactions by seeking declarations in the provincial superior courts and then import those rulings to the Federal Courts. The Federal Court of Appeal acknowledged that there may be instances where it makes more sense to proceed in the provincial superior court, or where the Federal Court proceeding could be stayed to allow for a parallel proceeding to go ahead, but notes that this was not the case here. 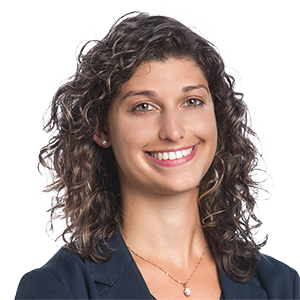