On September 7, 2015, in what some would call a fitting Labor Day gift, President Obama issued1 an Executive Order requiring federal government contractors and subcontractors to give paid sick leave benefits to employees.2  Announcing this sick leave edict, the President also called on Congress to pass the "Healthy Families Act" that would require an employer with 15 or more employees to provide its workforce with at least seven sick days annually.3  This presidential action affecting employers is nothing new.  Throughout his presidency, President Obama has increasingly used executive orders to push his workplace agenda – affecting federal contractors where he lacks the ability to achieve workplace change nationwide – with the hopes that he has laid the groundwork for Congressional action benefitting the entire American workforce.4

The President's new Executive Order requires that employees working on government contracts for private federal contracting and subcontracting companies receive "up to 7 days or more of paid sick leave annually, including . . . for family care."5  The President asserts that his order will "increase efficiency and cost savings" in government procurement by improving "the health and performance" of the covered employees.6

How it will generally work

Generally, as a result of this order, new government contracts will require that, as a condition of being paid for the work, contractors and subcontractors must provide all employees performing federal-contracting work with "not less than 1 hour of paid sick leave for every 30 hours worked" with annual accrued sick leave of not "less than 56 hours."7  The sick leave may be carried over from year to year8 and may be used for absences:

The federal contracting employer must provide the paid sick leave when, "at least 7 calendar days" before the leave where "foreseeable" and otherwise "as soon as is practicable," the employee makes an oral or written request that also specifies the expected leave duration.10  Covered contractors are not required to pay a departing employee for accrued but unused sick leave,11 but must reinstate unused sick leave for "employees rehired . . . within 12 months after a job separation."12  The order also addresses other related issues, such as when a covered contractor may require health care provider certification from the employee.13

As is often so in the federal arena, the order provides protection against retaliation.  Indeed, a "covered contractor may not interfere with or . . . discriminate against an employee" who takes leave or assists another employee in exercising provided by the Executive Order.14

The paid sick-leave order is "effective immediately" and applies to "covered contracts" solicited and/or "awarded outside the solicitation process" essentially "on or after January 1, 2017."15

The impact of this order

In short, the full impact of this order – both good and bad – remains to be seen.  But it is an order with which federal contractors must comply.  As we await new regulations from the Department of Labor and Federal Acquisition Regulatory Council relating to this order,20 the prudent federal contractor will begin preparing to implement the required paid sick leave by: examining its practices; revamping its policies as necessary; budgeting for the related costs; ascertaining how to bid future government contracts in light of this new cost; and training its managerial staff to monitor and comply with the new requirements on workforce sick leave.

What else should be expected

President Obama's second term will end on January 20, 2017.  Many believe he is frustrated with the Republican Congress,21 he wants his legacy to include providing "lasting economic security for working families,"22 and, consequently, he will issue more Executive Orders over the next 17 months that will significantly impact the American workforce.  Stay tuned for what may well be more sweeping changes affecting the employer/employee relationship. 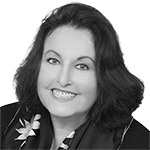 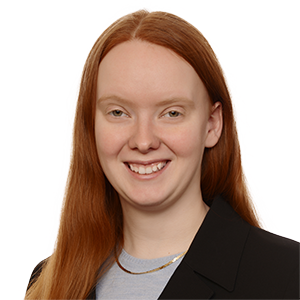 Legislation requires that preserved benefits held by deferred members of defined benefit (DB) pension schemes who left pensionable service on or after January 1, 1991 must be revalued to offset the effects of inflation between the date the member leaves service and the date he draws his pension.