According to the US Supreme Court, you can’t patent risk hedging. But that shouldn’t stop you from hedging against the risk of not having enough intellectual-property protection for your key intangible assets. One approach: maintain both patent applications and trade secrets—possibly on the same invention. Because the boundaries of patentability are anything but clear right now, keeping your options open is a smart strategy.

The recent Supreme Court decision in Alice v. CLS Bank ushered in a new era for software patents. Gone are the go-go days when everything under the sun made by man was patentable. In Alice, the Court found that a method of intermediated settlement was an abstract idea that was not eligible for patenting. The Court articulated a two-part framework for patent eligibility: (1) determine whether the claims at issue are directed to laws of nature, natural phenomena, or abstract ideas; and (2) if so, search for an inventive concept—that is, an element or combination of elements that is sufficient to ensure that the claimed invention amount to “significantly more” than the ineligible concept itself.

Sounds easy enough. But perhaps because the patent at issue in Alice was ultimately found to be nothing more than an abstract idea, the contours of what qualifies as an “abstract idea” and what could be considered “significantly more” were not fleshed out by the Supreme Court. This has left district courts, patent examiners, patent lawyers and patent owners struggling to define the boundaries of patent eligibility. In Bilski v. Kappos a ruling a few years earlier, the Court held that hedging against risk was an abstract idea that cannot be patented, but left the door open to patentability when an invention was implemented on a computer or otherwise tied to the physical world. In Alice, the court went one step further by holding that merely implementing an abstract idea using a generic computer does not transform that idea into a patent-eligible invention. Since Alice, many have been quick to jump on the software-patents-are-dead bandwagon. But the story isn’t over yet. Admittedly, pushing software-related inventions through the patenting process is becoming more difficult given the way that Alice is being interpreted by the lower courts and by the U.S. Patent and Trademark Office. But the Supreme Court did not kill software patents, even when given the chance. The only constant in patent law is change, and it’s still too early to understand what the full effects of Alice will be.

So what to do? A natural reaction might be to retreat from patents altogether when it comes to software inventions, seeking refuge in the protections afforded by trade secrets. And that may be a viable strategy. Unlike patents, there is no subject-matter eligibility requirement for trade secrets. Any confidential information that gives you a potential competitive advantage can qualify for trade-secret protection. So subject matter that would raise questions under Alice, such as algorithms, software and business methods, would be readily protectable as trade secrets. Trade secrets can also include information that might not have been patentable even before Alice, such as sales methods, distribution methods, consumer profiles, advertising strategies, and client or supplier lists. While trade-secret laws vary from state to state, more than 40 states and the District of Columbia have enacted some version of the Uniform Trade Secrets Act, which defines a trade secret as:

Trade secrets have several potential advantages over patents. First, while a patent can provide you with the ability to exclude others from practicing your invention, that protection only lasts for 20 years from the time the patent application is filed. After 20 years, your competitors and anyone else will be free to practice your invention. By contrast, much like diamonds, a trade secret is forever—at least potentially. Trade secrets do not expire as long as they are kept secret. Trade secret protection is also relatively inexpensive when compared to patent protection, at least in terms of up-front costs. When it comes to trade secrets, there is no formal filing process and no government fees. You won’t need to hire a specialist to prepare an application, and you won’t incur any of the other costs associated with getting a patent, which can be an expensive and drawn-out process.

But there are traps for the unwary when going the trade-secret route. Trade-secret protection disappears forever the instant the secret is made public, so you need to make efforts “reasonable under the circumstances” to protect your secrets. What qualifies as reasonable is decided on a case-by-case basis, but may include marking documents and files as confidential, protecting files with passwords, keeping information behind locked doors, having employees sign confidentiality agreements and making sure they understand what information should be kept as a trade secret, getting non-disclosure agreements with any person outside the company who is privy to your trade secrets, and limiting access to trade secrets, even within your company. Also, trade secrets don’t protect you from independent invention and reverse engineering. If a competitor develops the invention independently, you will have no recourse under trade-secrets law, and competitors will also be free to figure out how your product works and make a competing product, as long as they have not accessed any of your proprietary information. If the same invention were covered by a patent, your competitors practicing the invention would be liable for infringement, regardless of how they came up with the invention.

So in cases where portions of the invention will be embodied in a publicly available product, consider hedging your risk by taking a hybrid approach: filing patent applications on certain aspects of your technology and maintaining other aspects as a trade secret. For example, you might file patent applications on the unique aspects of a user interface for a smartphone app, while keeping the back-end algorithms and software that make the app work as a trade secret.

But what about those cases that are on the edge of patentability after Alice? Consider filing patent applications as well as keeping the inventions embodied in those patent applications as trade secrets. As the California Supreme Court noted in Altavion, Inc. v. Konica Minolta a 2014 opinion, “if a patentable idea is kept secret, the idea itself can constitute information protectable by trade secret law.” This duel identity can’t last forever, of course, since an issued patent or published patent application will destroy any trade secret protection for that invention. But by default, patent applications in the United States are not published until 18 months after their earliest filing date. Until that time, the applications are kept confidential by the U.S. Patent and Trademark Office. Further, you have the option of keeping the application confidential until issuance by filing a non-publication request, which could extend for three years or more. One caveat: you can only file a non-publication request at the time the application is filed (although you can rescind it at any time), and you cannot file such a request if patent protection is also being sought concurrently outside of the United States, where 18-month publication is typically mandatory. Implementing this strategy is simple: just check a box on the application data sheet that must be submitted with each patent application.

How might this strategy work in practice? Suppose a large commercial bank has developed an innovative back-office software application. The bank could file a patent application covering the invention, check the non-publication box, and apply the necessary safeguards to keep the software as a trade secret. As the patenting process moves forward—which could take several years—the bank could then assess whether keeping the invention as a trade secret still makes sense. If and when the patent is allowed, the bank will make a final determination: if the invention is more valuable when kept as a trade secret, the patent can be abandoned before it issues, meaning that it will never publish and will remain confidential. On the other hand, if the allowed patent claims would reasonably cover the bank’s own software, could possibly prevent competitors from moving into the same space, or could provide a source of licensing revenue, the bank may opt to let the patent issue, which would end trade secret protection. If the patent gets stuck in the patent office because of Alice issues, the bank will still have valuable trade-secret protection in place.

Software patents are not dead. In the wake of Alice, you should take a measured approach as we wait for further guidance from the courts. The patenting process, especially for software-related inventions, can stretch out for years. To borrow a turn of phrase (with slight modification), the arc of history is long, and it bends toward patentability. By the time your patent is ready to issue, we may have more clarity and guidance as to what qualifies as patentable subject matter when it comes to software. But in the meantime, why not hedge your bets? 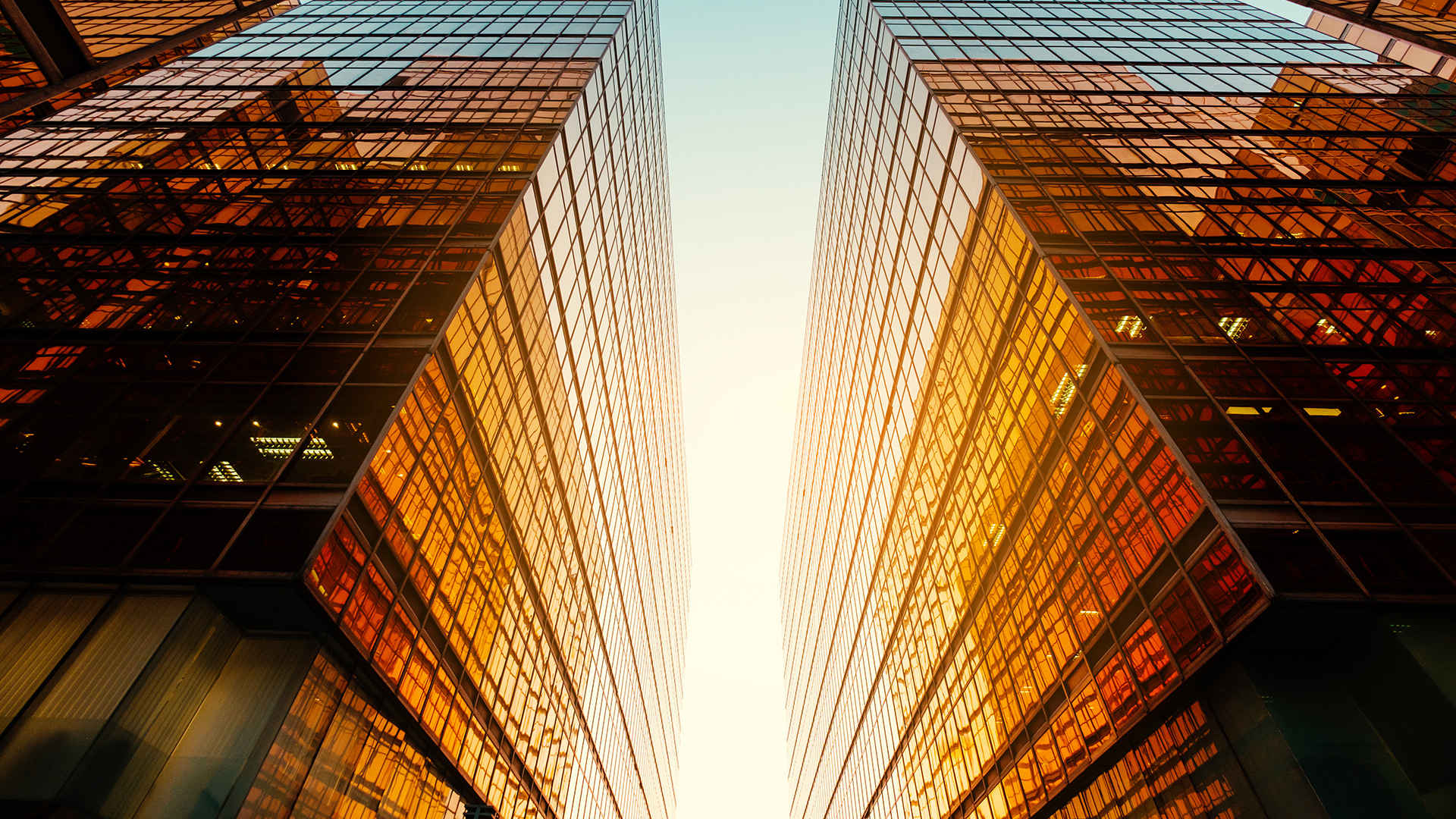