Having finally got to January and seen the implementation of key EU legislation – MiFID II, MiFIR, PRIIPs Regulation and the Benchmark Regulation – the roller coaster ride for asset managers shows no sign of slowing down. Whilst managers have been working hard to get their implementation projects over the line, further regulatory reform looms large on the horizon but perhaps the key agenda item in the board room remains Brexit particularly the discussions regarding a transitional period.

On the EU front 2018 promises to be an important year not least with work continuing on the European Commission’s proposals for a tailored prudential regime for investment firms. The industry response to the thinking behind the proposals, a clear demarcation between a prudential regime that is designed around banks and a more proportionate one aimed for the myriad of non-bank actors, is positive. In particular, many have welcomed the important step that the Commission has taken towards a closer alignment of the existing MiFID regime for discretionary portfolio managers and advisors with the standards of the UCITS/AIFMD frameworks.

In addition, Brussels has recently reminded us of the AIFMD review. In April last year the Commission took its first tentative steps on the AIFMD review by issuing a tender for a one-year market study. At the time the media reported that the tender document said that the Commission wanted to carry out an evidence-based study helping to identify to what extent the objectives of the AIFMD had been achieved, as well as its impact on AIFs, AIFMs and investors. But the market study was not expected to be completed until the middle of 2018, leading many commentators to correctly assume at the time that the Commission was delaying its review of the Directive. And then the trail went cold, until recently with a big four accountancy practice issuing on behalf of the Commission a survey which focuses on the functioning of the Directive.

On the UK front, the industry is awaiting the FCA’s final rules concerning the extension of the senior managers and certification regime. The starting point for all firms will be to work out what their classification is under the regime (core, enhanced or limited scope) and then allocate the appropriate senior management functions. Firms that are classified as ‘enhanced’ will need to prepare management responsibilities maps and have appropriate handover procedures. These firms will also be the only subset of firms joining the senior managers regime to which the ‘no gaps’ principle applies. This requires the firm to allocate responsibility for each business area, activity or management function. Notwithstanding this all firms within the senior managers regime will need to prepare individual statements of responsibilities for their senior managers. Following the banking experience of this regime, the allocation of responsibilities can be a difficult matter for a board where emotions often run high.

Algorithmic trading is also firmly in the sights of the UK regulators with both the PRA and the FCA issuing reports. The message from the FCA on this topic is fairly positive but like always the regulator has said that there is room for improvement particularly in delivering suitable market abuse training for staff that are involved in the development and implementation of algorithmic trading processes.

In terms of Brexit, the industry is currently holding its breath to see if the politicians can reach agreement on a transitional period. It is generally expected that if the politicians can agree on a transitional period it will be announced at the European Council summit in March. At present it's anyone’s guess. However, the Commission has told UK-based asset managers that they must prepare for all Brexit scenarios, including a hard Brexit. The Commission has recently issued Brexit related notices to stakeholders on a wide range of issues including one on asset management. In this notice asset managers are warned that “subject to any transitional arrangement that may be contained in a possible withdrawal agreement”, neither the UCITS or AIFMD Directives will apply to UK firms post Brexit. The notice continues, “this means that those UK entities will no longer be able to manage funds and market funds in the EU on the basis of their current authorisations”. Ignites Europe has said that the Commission’s notice is “one of Brussels’ toughest Brexit warnings to the asset management sector to date. Thomson Reuters said that it “brings home the particular implications Brexit has for the fund management industry”.

Finally some comments on fundraising activity over the last few months.

The FT ran an interesting article a couple of weeks ago, Private equity: flood of cash triggers buyout bubble fears. According to this article funds are raising more money than they can spend, fuelled by low interest rates on other asset classes. Buyout volumes are up 27 per cent year on year in 2017 and are expected to accelerate this year, propelled by the record $1.1tn of cash pledged by investors last year. But the FT article warns that despite this there are alarming signs that the boom in the private equity sector could turn to bust. The size of recent deals has surpassed those pre-crisis peaks and dependence on debt financing is nearing record levels. A decade ago, a string of buyout firms went out of business after a period of similarly frenzied activity. 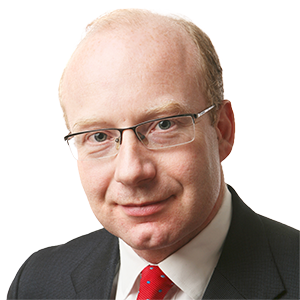