What is the implementation period?

The implementation period is a period of time agreed in the UK–EU Withdrawal Agreement in which the UK will no longer be a member of the EU but will continue to be subject to EU rules and remain a member of the single market and customs union. This period is sometimes called the ‘transition period’.

How long with the implementation period last?

The Withdrawal Agreement specifies that the implementation period will last until 31 December 2020. That date was included in Theresa May’s original withdrawal agreement. If this deal had been approved by Parliament, then it would have allowed 21 months for the completion and ratification of negotiations on the long-term relationship. The subsequent delays to the UK's withdrawal from the EU will mean that the implementation period will now last for 11 months.

The terms of the Withdrawal Agreement allow the UK–EU Joint Committee to extend the implementation period by up to two years, but it must sign off on the length of any extension before 1 July 2020.

What will change during the implementation period?

The UK will cease to be a member of the political institutions of the EU on 31 January 2020. There will be no UK MEPs In the European Parliament, there will be no UK commissioner (the government has not nominated a replacement for the UK's outgoing commissioner Sir Julian King, who stepped down when the new Commission took office in December) and UK ministers will no longer attend meetings of the European Council.

What will stay the same during the implementation period?

The UK will stay part of the EU’s economic institutions and security co-operation arrangements.

The UK will continue to be treated as a member of the single market and customs union and the EU has requested that states with EU trade agreements treat the UK as a member state until the end of the implementation period.

Freedom of movement will remain in place and citizens’ rights will continue unaffected until the end of the period.

The UK will still be subject to EU law and the rulings of the European Court of Justice throughout the implementation period.

Security co-operation will continue during the implementation period; the UK will continue to have access to EU mechanisms (like Europol) and databases; but some EU countries like Germany cannot extradite their citizens under the European Arrest Warrant to non-member states and therefore will not be able to extradite them to the UK.

What will change at the end of the implementation period?

At the end of the implementation period, the UK’s relationship with the EU will be determined by the new agreements it has entered into on trade and other areas of co-operation.

If no deal is reached, the UK would have to rely on previous international conventions for security co-operation and would trade with the EU on World Trade Organization terms. The exception in both these cases is Northern Ireland, whose trade in goods with the EU would be covered by the provisions in the Northern Ireland protocol.

What about EU derived law? 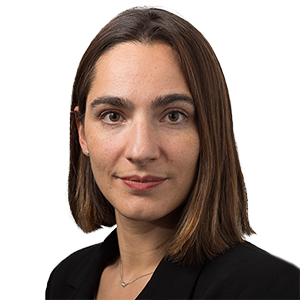