It is generally considered advisable for a board or special committee of a public corporation involved in a significant M&A transaction, including a court-approved plan of arrangement, to seek a fairness opinion from its independent financial advisor. The text of the fairness opinion is normally provided to shareholders who will be asked to approve the transaction as one indicator of the board’s diligence and good faith in considering and approving its terms and its fairness to shareholders from a financial point of view.

While Canadian courts have had, at times, a difficult relationship with fairness opinions, they generally have permitted the practice to remain consistent. A recent decision of the Yukon Supreme Court rekindles some uncertainty as to the role of fairness opinions in plans of arrangement relating to public corporations.

In the spring of 2014, the Ontario Superior Court of Justice held in Re: Champion Iron Mines that because a fairness opinion did not satisfy the civil procedure requirements for expert evidence, it was not admissible to assist the Court in determining whether the arrangement was fair and reasonable.

The potential upheaval in practice relating to fairness opinions represented by the Champion Iron Mines decision was quickly mitigated by two decisions in June of 2014, Re: Bear Lake Gold Inc. and Re: Royal Host Inc. In those decisions, the same Court held that fairness opinions in M&A transactions need not satisfy the requirements of expert evidence and found “no compelling reason to depart from the existing practice regarding the use of fairness opinions.” Rather, the Court stated that a fairness opinion:

With the endorsements in Bear Lake and Royal Host, the Court allowed fairness opinions to largely reclaim their role.

A recent decision of the Yukon Supreme Court relating to the fairness and reasonableness of a plan of arrangement under the Business Corporations Act (Yukon) (the “Yukon Act”) has revived an element of the controversy from 2014.

The proposed arrangement concerns the acquisition by Exxon Mobil Corporation (“Exxon”) of  all of Interoil’s issued and outstanding common shares for a fixed amount per share in common shares of Exxon, plus a “contingent resource payment” up to a cap based on Interoil’s resources. Exxon’s offer was in fact the second offer for Interoil, supplanting an earlier arrangement that had already received an interim order to call a shareholder meeting.

The Yukon Supreme Court found Morgan Stanley’s fairness opinion to be highly problematic. In its comments, the Court stated that while the Champion Iron Mines standard of fairness opinions satisfying the civil procedure requirements for expert evidence does not apply, fairness opinions “should be robust, rigorous and independent opinions from reputable experts to discharge the fiduciary duty of special committees of independent directors and to assist the shareholders in their evaluation of the fairness of an arrangement.” Specifically:

The Court also noted with approval a 2009 decision of the Ontario Securities Commission, which stated, “a fairness opinion prepared by a financial advisor who is being paid a signing fee or a success fee does not assist directors comprising a special committee of independent directors in demonstrating the due care they have taken in complying with their fiduciary duties in approving a transaction.”

In other words, it appears that in the Yukon Court’s view, if a board or committee decides to seek a fairness opinion in connection with a transaction, not only good corporate governance practices, but perhaps also the board’s statutory duties, require that the board pay a flat fee, not a success fee. The Court did not provide further detail on the suggestion that a deviation from “best practice” corporate governance, or even from good corporate governance, could represent in and of itself a failure to discharge a fiduciary duty or duty of care in this context.

In any event, it does appear that an arrangement can be fair and reasonable even in the face of an apparently problematic board process: in spite of its view of the board’s conduct and of the quality of the fairness opinion in this case, the Court ultimately found that based on the various other relevant factors, the arrangement was fair and reasonable.

Why is this relevant?

It is not clear what effect this decision of the Yukon Supreme Court will have on the practice surrounding fairness opinions in public M&A transactions, if any; the decision is being appealed, and the Yukon Court of Appeal has agreed to hear the matter on an expedited basis. However, while the statements of the Yukon Supreme Court concerning best practices of corporate governance and the duties of a board of directors or special committee in seeking a fairness opinion appear to have been made in obiter, boards and special committees should consider whether the independence of their financial advisor could be compromised by the structure of its compensation, and should ensure that that compensation is disclosed to shareholders in the relevant proxy circular. 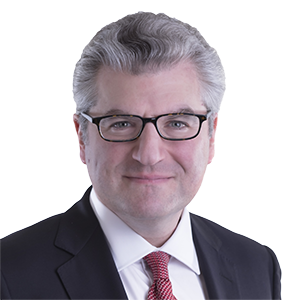