Impact of the judgment on the implementation of the New Competition Ordinance.

On January 29, 2016, the Hong Kong Court of First Instance handed down a judgment in favour of Television Broadcasts Limited (TVB), a free-to-air broadcaster in Hong Kong, in its judicial review application against the Communications Authority (CA) and the Chief Executive in Council (CEIC) in HCAL 176 of 2013.

The judicial review concerned the CA’s censure of TVB for certain contractual practices and clauses employed by TVB with respect to its employment of artistes and TV performers. In September 2013, the CA found that TVB was engaged in anti-competitive conduct in contravention of sections 13 and 14 of the Broadcasting Ordinance (Cap. 562, the BO). By its decision, the CA had imposed a financial penalty as well as a number of ‘cease and desist’ directions upon TVB with respect to contractual practices.

In December 2013, TVB issued judicial review proceedings against the CA and the CEIC, challenging the constitutionality of the overall statutory scheme (including the adjudication by the CA and potential review of the CA’s decision by the CEIC) as well as raising other competition law issues in challenging the assessment under the CA’s decision of its dominant market position. Under the judgment it was held that the CA and the CEIC are not ‘independent and impartial tribunals’ for the purposes of compliance with the Hong Kong Bill of Rights and that the remedies imposed by the CA (the ‘cease and desist’ directions imposed on TVB) were disproportionate.

The case raised new and untested questions concerning historic competition provisions1 in the BO and related legislation in Hong Kong (which mirror the provisions recently introduced to the broader economy in Hong Kong under the new crosssectoral Competition Ordinance (Cap. 619) which came into full effect on December 14, 2015).

London Queen’s Counsel specialising in competition and administrative law appeared respectively for TVB and the CA in a four day hearing in October 2015 before the Honourable Mr Justice Godfrey Lam. His Lordship’s 150- page long judgment, which contains a detailed analysis of European jurisprudence on human rights and competition law, will serve as useful guidance in the future with respect to the implementation and enforcement of the new Competition Ordinance.

The fact that the judgment was delivered by Godfrey Lam J is significant as he has recently been appointed President of the newly formed Competition Tribunal which will be the judicial body responsible for dealing with legal proceedings concerning competition matters, including those involving contravention of conduct rules under the ordinance.

Two key areas of the judgment are explored below.

Characterisation of the proceedings and applicable standard of proof

One of the main issues in the judicial review was the characterisation of the competition related proceedings conducted before the CA under the BO, namely whether the decision of the CA constituted the determination of a criminal or civil matter. As the decision concerned essentially a criminal matter, TVB contended that the applicable standard of proof should be the criminal standard (i.e. ‘beyond reasonable doubt’) and that the CA had failed to satisfy this higher standard thereby impinging TVB’s rights under articles 10 and 11 of the Hong Kong Bill of Rights.

Godfrey Lam J. considered a number of UK and European human rights and competition law cases2 and held that the proceedings before the CA and its decision should not be characterised as criminal for the purposes of the Bill of Rights. It was further held that even assuming the proceedings against TVB were to be classified as criminal in nature under the Bill of Rights, the legislature would have intended that the standard of proof should be proof on a balance of probabilities. Within that, given the consequence of the imposition of a financial penalty and loss of contractual rights, the Court nonetheless held that it was necessary that the case against TVB must be proved by ‘commensurably cogent and compelling evidence’.

In his judgment, his Lordship held that the CA by making ‘cease and desist’ directions preventing TVB from using certain consent and other clauses in its contracts with its artistes employed in serial TV shows was imposing an order that was further than what was necessary to bring the infringing system to an end. Godfrey Lam J. clarified that the manner in which the power to impose requirements and issue directions under relevant provision in the BO should be exercised must necessarily depend on the circumstances of the case and in particular the nature of the infringement found. In this regard, his Lordship relied upon the principles on proportionality of remedies taken from a UK competition case (Tesco plc v Competition Commission3).

Accordingly, it is expected that the newly formed Competition Commission would be required to make reasonable and rational decisions as to the proportionality and reasonableness of the remedies to be imposed on infringers. Remedies imposed under the Competition Ordinance which go beyond what is necessary will likely be susceptible to challenge.

Conclusion and indications for implementation of new Competition Ordinance

In recent years, the Competition Commission has been conducting publicity campaigns and publishing guidelines in Hong Kong with a view to raising the public’s awareness of the new Competition Ordinance in a transparent manner. With the full implementation of the Competition Ordinance taking place only recently in December 2015, it is yet to be seen how investigations and cases will be conducted under the new ordinance. However, the extensive and thorough judgment of Godfrey Lam J. gives us advanced insight into the approach that is likely to be followed. It is safe to assume that the Competition Tribunal will consider case law and precedent from other jurisdictions with established competition frameworks, such as the UK, EU and Australia whilst having primary regard for Hong Kong’s unique position under the Bill of Rights and case law authorities thereon, including importantly the extensive judgment of Lam J in HCAL 176 of 2013. 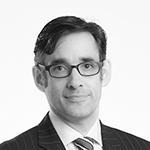