The Biosimilars Guidance Document replaces the March 2010 Guidance for Sponsors: Information and Submission Requirements for Subsequent Entry Biologics (SEBs) as Health Canada’s primary resource on approval of biosimilars. Several of the changes were previewed in a draft revision that was published for consultation and comments in December 2015. Others were introduced in the revised guidance document following these consultations, which were completed in February 2016.

The Biosimilars Guidance Document continues Health Canada’s policy of sui generis regulatory treatment for biosimilars. A biosimilar is not a "generic" biologic drug and unlike a generic pharmaceutical, cannot be approved by way of an abbreviated new drug submission. Instead, sponsors seeking approval for a biosimilar must file a new drug submission (NDS) and comply with the requirements in the Biosimilars Guidance Document.

The NDS pathway for biosimilars differs from that for pharmaceuticals because it can be completed with a reduced clinical and non-clinical package based upon demonstrated similarity to a previously approved biologic drug (but not another biosimilar). Although this is similar in principle to the comparisons made for generic drugs, authorization of a biosimilar is not a declaration of pharmaceutical equivalence, bioequivalence, or clinical equivalence to the reference biologic drug.

Biosimilars are regulated as new drugs and are subject to the Patented Medicines (Notice of Compliance) Regulations, SOR/93-133, as well as the data-protection provisions in section C.08.004.1 of the Food and Drug Regulations.

The revised Biosimilars Guidance Document clarifies a number of existing processes and requirements. It also introduces changes intended to streamline the preparation and review of biosimilar submissions. Here are the highlights: 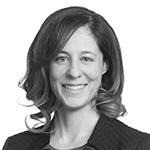