"We stand today on the edge of a New Frontier."
– John F. Kennedy


President Kennedy’s words in his 1960 presidential nomination acceptance speech may well apply to the future of the patent bar. The U.S. Patent and Trademark Office (USPTO) this summer issued a notice of rulemaking proposing an annual patent practitioner fee, and our Section in response provided comments thanks to a task force led by Rivka Monheit.

This fee concept is not new; the USPTO proposed the same sort of fee in December 2003. At that time, the proposed US$100 registered practitioner fee corresponded to the cost of the USPTO’s disciplinary and roster maintenance programs for active registered practitioners. Five years later, the final rule assessing a US$118 “annual practitioner maintenance fee” for active registered practitioners described the fee increase as a “reflection of changes in the consumer price index and staffing adjustments from the time the rule was proposed.” Though on the books, the fee was not acted upon; it was increased to US$120 in September 2012, and was eventually taken off the books in April 2013. The USPTO cited 35 U.S.C. § 2(b)(2)(D) and § 41(d) as legal bases for the practitioner fee. Section 2(b)(2)(D) authorizes the establishment of regulations that govern the “recognition and conduct” of attorneys and agents and require them to “show that they are of good moral character and reputation and are possessed of the necessary qualifications” to represent parties before the Office. Addressing fees more directly, § 41(d)(2)(A) generally authorizes the Director to establish fees for patent-related processing and services to recover the “estimated average cost to the Office.” The Section’s comments accordingly reflect that the amount of an annual patent practitioner fee should be carefully assessed.

©2019. Published in Landslide, Vol. 12, No. 2, November/December 2019, by the American Bar Association. Reproduced with permission. All rights reserved. This information or any portion thereof may not be copied or disseminated in any form or by any means or stored in an electronic database or retrieval system without the express written consent of the American Bar Association or the copyright holder. 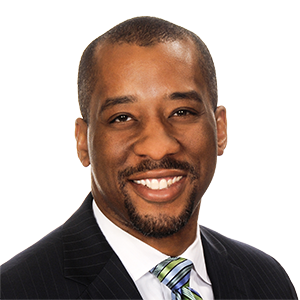