Last June 18, Facebook announced the creation of a new subsidiary, Calibra, which will be developing a digital wallet for a new cryptocurrency, Libra. Libra will be powered by a blockchain technology going by the same name.1 Once created, the digital wallet will allow users to send, receive, spend and save Libra2 using mainstream applications such as Messenger and WhatsApp, as well as a new standalone app.

The stated goal behind this new cryptocurrency’s development is to create a global currency for the billions of people, both individuals and businesses, without access to traditional financial services and capital.3 Facebook announced that Libra will be developed and supervised by an independent non-profit organization in Geneva – the cryptocurrency industry’s home base4 – whose mission it will be to achieve the goal described above. This organization, known as the Libra Association, counts major corporations such as MasterCard, PayPal, Visa, Uber, Spotify and Facebook among its founding members.

The launch of a cryptocurrency with a potentially disruptive effect on the financial industry by a corporation like Facebook, which has been the target of some criticism lately, suggests that this might be a good time for an update on the legal and business issues relating to Libra’s pending arrival.

It bears repeating that Libra, much like any cryptocurrency, will be a digital currency that only exists online and operates using peer-to-peer technology.5 However, unlike certain well-known cryptocurrencies such as Bitcoin, Libra will be a stable currency (or “stablecoin”), which means that it will be backed by a reserve of assets. More specifically, Libra will be backed by a collection of low-volatility assets, such as bank deposits and government securities in currencies from stable and reputable central banks, which should protect Libra against major value fluctuations.6

Another fundamental aspect of cryptocurrencies is that their operation is intrinsically linked to blockchain technology. In fact, cryptocurrencies can only be bought and sold using blockchain7 or other similar technology. Blockchain is a distributed ledger, or database, shared across a computer network,8 where an electronic signature is attributed to every new piece of information and eventually forms new “blocks” in the chain of historical records, with each block eventually being “sealed” by cryptographic signature. The fact that this ledger is distributed throughout the network’s various systems and is equipped with different consensus (or validation) protocols makes it very difficult to defraud.9

With Facebook’s potential to expose over 2.3 billion users to cryptocurrency, it will be interesting to see what impact Libra’s launch will have on democratizing cryptocurrencies among the general population. Financial institutions need to keep a close eye on this possibility or risk losing their market shares to cryptocurrency transactions. The Libra project’s ambitious scope could also have a positive effect on the entire blockchain industry by forcing it to shift from a new technology to a mature one that presents prospects of going mainstream.

The future minting of such a mainstream cryptocurrency does raise a few concerns, though. Not only is there no guarantee that Libra will be successful and commercially sustainable, the underlying legal issues of launching this type of cryptocurrency make its seamless international use uncertain.

First, although Calibra promises not to disclose its users’ account information or financial data to Facebook or a third party without their consent,10 Facebook is currently being heavily criticized for mismanaging its users’ private data.11 Consequently, some of the issues Facebook will have to contend with are the level of public trust in this cryptocurrency and potential disputes over the management of personal data. Facebook’s entry into the financial sector comes just as the corporation’s growing market power has prompted the U.S. government to consider an antitrust probe.12 Obviously, a multinational that closely manages a global cryptocurrency risks drawing the attention of regulators worldwide.

Finally, Calibra and the Libra Association will have to navigate a shifting regulatory framework that is poorly adapted to the use of cryptocurrencies in Canada. For instance, although Canada’s tax rules apply to transactions that use cryptocurrencies, the federal and provincial deposit insurance regimes do not extend to cryptocurrencies themselves.13 This means, among other things, that tax collection mechanisms will need to be developed for crypto-currency transactions, and Libra users will have to contend with the risk of losing their Libra savings.

What is more, Staff Notices 46-307 and 46-308 of the Canadian Securities Administrators (CSA) stipulate that businesses issuing cybercurrencies may, under certain circumstances, be deemed distributing securities. These businesses must be familiar with the securities legislation and make sure that they comply with the fundamental securities law obligations, including prospectus requirements or exemptions, if they intend to acquire capital by means of an initial cryptocurrency offering.14 Finally, several major Canadian banks have banned the use of their credit cards for cryptocurrency transactions,15 which certainly represents a constraint for Facebook and these banks’ clients who might be interested in using Libra.

It is worth noting that because Calibra’s initial version should allow merchants to accept payments in Libra, businesses of all shapes and sizes should start considering whether or not they will accept this cryptocurrency as a form of payment (perhaps even integrating applications like Messenger and WhatsApp into their online business activities), and inform themselves on the legal obligations that result from accepting cryptocurrencies as a form of payment.

The author would like to thank William Provencher-Campeau, Sean Cohen and Arvin Khodayari for their help in preparing this legal update. 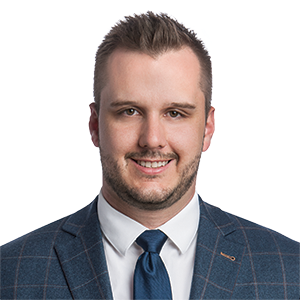 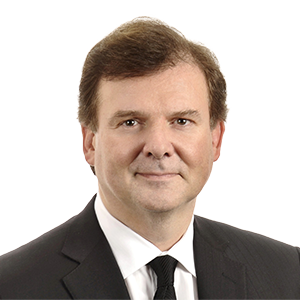