Court appointed receivers (Receivers) have featured in a number of recent high profile cases, such as JSC BTA Bank v Ablyazov [2015] UKSC 64 (Ablyazov) and Libyan Investment Authority v Goldman Sachs International [2016] EWHC 2530 (Ch) (together with an ongoing claim by the Libyan Investment Authority (LIA) against Societe Generale, ‘the LIA litigation’). They appear to be an increasingly popular means both of preserving property whilst litigation is in progress and of execution after judgment has been obtained. However, despite their increasing prominence, there still seems to be some mystique as to what Receivers do and the circumstances in which they might be appointed. In this article, we aim to dispel this mystique by providing an overview as to what Receivers do in the light of recent examples, showing that they can be a powerful tool in litigation involving financial institutions.

The jurisdiction of the English Court to appoint a Receiver is set out in section 37(1) Senior Courts Act 1981:

"The High Court may by order (whether interlocutory or final) grant an injunction or appoint a receiver in all cases in which it appears to the court to be just and convenient to do so."

This jurisdiction is a discretionary one and so there are no rigid rules as to when the Court will appoint a Receiver. There is also no formal requirement as to who can act as a Receiver, although, in practice, they are often licensed insolvency practitioners, as they have the requisite experience of investigating assets and managing a business.

A Receiver’s powers will be tailored to the specific circumstances of each case and will be set out in the Court Order appointing the Receiver. These powers can be extended by the Court on application by the Receiver if they are insufficient.

As with other types of receiver, a Receiver’s primary duty is to collect the property over which it is appointed Receiver. However, unlike receivers appointed in respect of a fixed charge, Receivers are first and foremost independent officers of the Court. As such, they must act fairly and impartially and for the benefit of all parties interested in the assets of the company, not just for one debenture holder alone (even if the debenture holder is the person seeking appointment). As an officer of the Court, any interference with a Receiver’s powers will amount to contempt of Court.

When will a receiver be appointed?

Broadly speaking, there are two scenarios in which Receivers are usually appointed

A danger to property which justifies the appointment of a Receiver can take a number of forms. A claimant in litigation may fear that a defendant intends to dissipate their assets prior to judgment or an application may arise from a dispute or deadlock as to who owns or controls an asset.

Receivers are also typically appointed to protect assets in danger where there is a dispute or deadlock as to who owns or is in control of a business. In such circumstances, a Receiver will act as receiver and manager and will assume control of the business. Such appointments provide a pragmatic interim solution as they allow trading to continue as normal whilst the difficulties for which the appointment was sought are resolved. Examples of situations in which such appointments might be made include

It was in the latter scenario that the English High Court appointed a Receiver in the LIA litigation. This appointment followed an application by the solicitors acting for the LIA to come off the record in claims brought by the LIA against Goldman Sachs and Societe Generale after they had received contradictory orders from two disputing factions within the LIA. In order that the litigation could proceed, both factions agreed to the appointment of two members of BDO LLP to act as Receivers to manage the claims.

The other principal scenario in which a Receiver will typically be appointed is the enforcement of a judgment by way of equitable execution.

Equitable execution is a means of enforcing judgment debts where other methods of enforcement are not possible or have not been successful. If appointed, a Receiver can secure and liquidate equitable interests in assets that would not lend themselves to other types of legal enforcement. A good example of such assets is receipts under a trust. For instance, a judgment debtor may have no assets capable of legal attachment but maintain an extravagant lifestyle thanks to an interest in a discretionary trust. In such circumstances, the appointment of a Receiver to collect the beneficial interest can be an invaluable enforcement tool.

Importantly, the appointment of a Receiver does not create a right against the property over which enforcement is sought; instead it creates a right against the person (i.e. the judgment debtor) who is to receive the equitable interest. Accordingly, a Receiver’s appointment can be utilised as a means of enforcement outside the UK in a way that other methods of legal enforcement (such as third party debt orders) cannot. This was established by the Court of Appeal in Masri v Consolidated Contractors (No 2) [2008] EWCA Civ 303 in which it was held that the court could appoint a receiver by way of equitable execution in relation to foreign debts.

Cases subsequent to Masri have seen the Court incrementally widen its jurisdiction to appoint Receivers. Indeed, it can be said that there has been a distinct willingness of the English Court to assist with the enforcement of its judgments in this way. For example

These decisions illustrate how the Court’s jurisdiction has evolved to meet the challenges faced by modern litigants. In particular, financial institutions may face defendants with complex asset-holding structures involving multiple jurisdictions and opaque trusts, especially in claims involving fraud or corruption. Although the appointment of a Receiver does not guarantee the protection of assets or the satisfaction of a judgment, it is an increasingly powerful tool for litigators and it will be interesting to see how their scope, which has already increased significantly in recent years, develops further in the future. 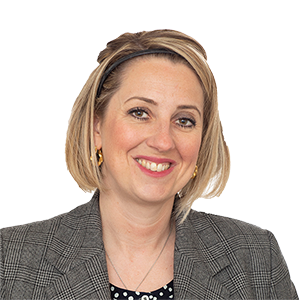