This article was first published in the Australian Private Equity & Venture Capital Journal and has been republished with permission.

The proposed reforms represent arguably the most significant change to the Foreign Acquisitions and Takeovers Act (Cth) (the Act) since its inception. Underpinning the reforms is a desire of the government to strike the right balance between protecting Australia’s interests from a national security perspective whilst also ensuring that it remains an attractive destination for inbound foreign investment.

In the May edition of the APE&VCJ, we discussed how the temporary changes to Australia’s foreign investment regime in response to the COVID-19 pandemic might impact private equity (PE) funds and the potential competitive advantages of holding a FIRB business exemption certificate (Business EC).

The proposed new reforms announced by the government in early June 2020 are aimed at improving the treasurer’s ability to monitor and investigate foreign investors’ compliance with the Act consistent with regimes in other countries. As part of the suite of proposed changes, there are some changes that will impact PE funds that have already been granted a Business EC. These include:

Some of the proposed new reforms are a welcome change as they will provide greater clarity to what is an extraordinarily complex regime to navigate for many foreign investors.

The proposed reforms endeavour to create a more streamlined experience for foreign persons seeking to invest in ‘non-sensitive’ industries and sectors in Australia.
The most positive of the suite of the proposed reforms for PE funds with passive Foreign Government Investors (FGI), is the relaxation of the ‘aggregation rule’ placed on them where their FGIs are not able to exert any control or influence over the decisions of the underlying funds. The government gives the example of a PE fund structured as a limited partnership with FGIs holding interests as limited partners, where the real control vests with the general partner.

This exemption will apply in two main ways:

According to the document summarising the proposed reforms, any PE fund looking to avail itself of the exemption from the second limb above will be required, at a minimum, to show that their FGIs:

This change will reduce the red-tape around investments made by any PE fund which would otherwise have been classified as an FGI under the Act merely by virtue of its upstream passive FGI ownership and is a welcome development for PE funds which play an integral role in M&A in Australia.

Some of the more significant reforms that may adversely impacting PE funds include:

What is the impact on holders of existing Business ECs?

Taking into account that Business ECs can be granted for a period of up to five years (but are typically one to three years) and that the proposed legislative reforms will only take effect from 1 January 2021, investments made in reliance on Business ECs may be “grandfathered” from the impact of some of the proposed changes.

This is another reason why foreign investors (including PE funds) should consider applying for a Business EC now – before the proposed legislative reforms take effect.

As with all proposed legislative reforms, the devil will be in the detail. The Australian Government will shortly release exposure draft legislation for consultation on the reforms prior to its introduction into Parliament. If that legislation is ultimately passed, it will come into effect on 1 January 2021. 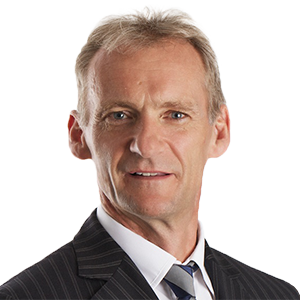