The UK Statistics Authority (the Authority) has been of the view for some time that the Retail Prices Index (RPI) has significant “shortcomings” as a measure of inflation and has recommended proposals for its reform. On November 25, 2020, the Chancellor announced that, while he sees the arguments for the proposed reforms, he will not consent to them being implemented before 2030.

The Office for National Statistics (ONS) carries out the collection, production and dissemination of official statistics in its role as the executive office of the Authority. It publishes three main measures of inflation: the Consumer Prices Index (CPI), the CPI including owner occupiers’ housing costs (CPIH) and the RPI. They each use different data sources and methodologies, have different coverage and produce different estimates of the rate of inflation.

The RPI was formally introduced in 1956 and is the oldest measure of inflation published by the ONS. In a release dated March 8, 2018, the ONS stated that: “Overall, the Retail Prices Index is a very poor measure of general inflation, at times greatly overestimating and at other times underestimating changes in prices and how these changes are experienced….. we do not think it is a good measure of inflation and discourage its use…”

The Authority considers the CPIH to be the most comprehensive measure of inflation and is seeking to address the shortcomings of the RPI by bringing the methodology of the CPIH into the RPI. The RPI and the CPIH would continue to be calculated separately on an ongoing basis and published as separate indices, although supplementary RPI indices and lower level detail would be discontinued.

The Authority has stated that: “Based on recent experience, the introduction of the more robust data source and methods to the RPI would see its annual measured rate of inflation be lower, on average, by 1 percentage point per annum. However, that can vary over time as is indicated by a comparison between the RPI and the more robust CPIH, and can be positive or negative”.

An earlier proposal made in 2019, that the statutory requirement for the Authority to produce and publish the RPI should be removed altogether, was rejected by the then Chancellor. The government’s position remains that it has no plans to promote legislation that would remove this requirement.

The Authority has stated that its policy is to address the shortcomings of the RPI “at the earliest practical time”. It has written to the Chancellor informing him that the Authority would legally and practically be able to implement its proposed reforms in February 2030, when the Chancellor’s consent will no longer be required to do so.

What would the reforms mean for leases with RPI-linked rent review clauses?

The same considerations will also of course apply to other real estate contracts and arrangements which have indexation provisions, such as s.106 agreements. 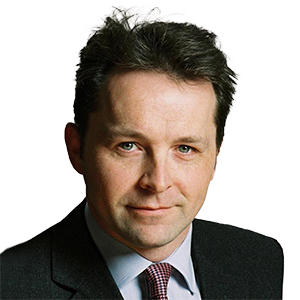