This article was first published in Estates Gazette on November 21, 2017

Blockchain will change the way in which real estate transactions are undertaken across the world. It may take time for the full potential of this technology to have an impact on the UK domestic market, but those transacting globally have already experienced the benefits.

The recent stories of expensive homes being marketed in bitcoin (a cryptocurrency that exists and has developed through the use of blockchain technology) may be grabbing the headlines, however, the real power of blockchain lies not in the currency used in a particular transaction, but instead in the execution of the transaction and the additional real estate-based products that will become available to investors as a result of it.

What is a blockchain?

For those who have heard the phrase but are not sure what it means, the simplest way of describing a blockchain is by reference to what it is:

What are the benefits?

The benefits of such storage are transparency, security and speed.

It is transparent in that if any member of the network attempts to make a change to a block, all other members in the chain can see where the change happened and can decide whether this is an authorised change.

It is secure because the information contained within it is tamper-proof. By way of example, if the distributed ledger is shared across 5,000 computers and a hacker wanted to change some information recorded in one of the blocks, they would have to hack all 5,000 computers simultaneously.

It is very fast. Reconciliation of the relevant ledgers happens almost instantly.

A number of potential uses of blockchain technology in real estate transactions have emerged:

Sales of property using cryptocurrency will allow buyers and sellers to undertake transactions across time zones as a replacement of escrow. This could include repayment of financing and the taking of new financing.

This on its own might have particular application for off-plan launches that are conducted in multiple jurisdictions; where initially a reservation form/agreement is signed rather than a fully registered transfer of title. This type of technology could allow for marketing simultaneously across locations leading to greater demand/competition between buyers at initial launch.

Taking property sale further, and given that, in effect, the technology creates a ledger, there is potential for a blockchain to take the place of a paper-based land registration system.

Adding additional steps to the example transaction above, mortgage redemption and deregistration, title transfer, title registration, granting and registration of security and payment of SDLT could all be automated within a blockchain.

This would bring substantial efficiencies and error reduction with a series of clicks, with each stakeholder digitally confirming clearance to go ahead in advance of confirmation by the owner triggering completion. Adding more complexity (in this example, perhaps a mezzanine financing/lease-back) would add no more than a couple of clicks to the process.

In the UK, HM Land Registry recently announced an intention to embrace new technology. It announced that “…not only will we be digitising our existing services, but we will also be testing the future of digital conveyancing through our ‘Digital Street’ pilot which will allow us to safely explore the use of new technologies such as blockchain and artificial intelligence”.

In the UK, a blockchain-backed registry has the potential to make title transfer process more efficient but it is not the panacea to a quicker transaction.

For the majority of transactions, the “completion” is not the process that delays matters, but rather the information-gathering and due diligence. It will perhaps be seller-led diligence transactions such as auction sales that can benefit most in terms of time saving (unless, for example, the residential market revisits the concept of seller’s packs).

Time will tell whether additional AI can be used in tandem to deal with due diligence undertaken on the buyer side.

Internationally, other jurisdictions are exploring the use of technology to modernise, add security to and speed up the land registration process:

Pilots and experiments with the technology are also being undertaken in Ghana, Brazil and India. In Australia, the New South Wales state government has sold management rights to its land title registry for AUS$2.6bn (£1.5bn), placing the ownership mechanism for the state’s residential real estate in the hands of a hedge fund.

In Canada, both Ontario and Manitoba have outsourced the management of their registries, which is likely to signal further investment in technologies such as blockchain.

Just as it’s now possible to buy a share of an artwork or a classic car via blockchain platforms, it is possible to purchase a unit of currency backed by real estate. This type of currency can then be traded or used to participate in particular assets.

One such example is European fintech company BrickCoin which has announced the launch of “brickcoins”, a proprietary cryptocurrency underpinned by blockchain and backed by real estate held in a real estate investment trust.

BrickCoin intends to offer both high liquidity and regulatory safeguards, with each brickcoin representing an investment in a piece of mortgage-free real estate held in the underlying REIT.

BrickCoin says that backing its cryptocurrency with a mainstream, stable asset class such as commercial real estate can guard clients against the risks involved in buying cryptocurrencies such as bitcoin, which are unsecured by any mainstream assets.

The “sell” is that brickcoins have the potential to offer higher liquidity than conventional investment methods and brickcoin buyers will be able to instantly change their tokens back into fiat currency whenever they want, gaining back their original investment plus any appreciation it earns.

BrickCoin’s approach of having the currency backed by real estate deals with one of the concerns that cryptocurrencies are a bubble in themselves and have no underlying value.

Such investments do not neatly fall into conventional asset classes and, as a result, consumers may be confused by what is on offer and the classification of the asset held (and gains made on it), not least from a tax perspective. Those trading and selling such projects need to ensure that they are marketed appropriately.

A question of when

Given the potential of blockchain in a real estate context, it is evident that it will transform much more than the legal process of buying and selling property – it is just a question of when.

As the uses for blockchain (and the technology within) continue to evolve, the legal framework under which transactions are concluded will need to keep pace. 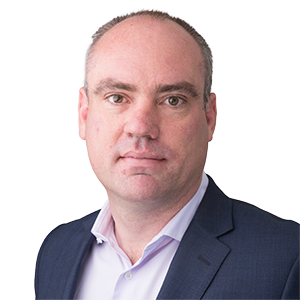