Ongoing problems with non-performing loans (NPLs) in Greece has led to efforts by its Parliament to reform insolvency laws. In December 2015, additional alternative debt restructuring options were introduced in Greece as a stop-gap alternative to bankruptcy, and a new NPL loan management and transfer companies market was established to help credit institutions to clean up their balance sheets. This is relevant to lenders intending to transfer NPLs as well as to investors focused on high-risk (and potentially high-return) acquisition of NPLs.

The first part of this analysis sets out existing alternatives to liquidation in bankruptcy – relevant both to debtors and creditors willing to consider restructuring non-performing debt obligations, or to those focused on a potential transfer of distressed assets. The second part sets out recent developments to resolve the problem with NPLs and is relevant to lenders intending to transfer NPLs as well as to investors looking at high-risk (and potentially high-return) acquisition of these NPLs. The significance of the second part lies in the ability of the newly established NPL management and transfer companies market, to help credit institutions clean up their balance sheets.

In addition to the standard bankruptcy procedure where a company would be wound-up with assets sold on a break-up basis to meet creditor claims, the Greek legal framework governing insolvency includes two types of debt restructuring procedures:

Rescue procedures by agreement with creditors

The rehabilitation procedure is governed by articles 99-106ia of the Greek Bankruptcy Code (“BC”). The reorganisation procedure is governed by articles 107-131 of the BC. Both are flexible procedures aimed at maintaining and optimising the insolvent’s business, without a change in its current ownership status. They envisage a settlement of debts which, if successful, avoids the sale of the business or liquidation. Rehabilitiation and reorganization are effected by an agreement between the debtor and its creditors. Court proceedings play an additional role both before (by means of pre-approval) as well as after the agreement (by means of ratification).

After filing a petition to enter rehabilitation, a temporary suspension of individual measures for compulsory enforcement against the debtor’s property may be granted by the court 4for the period of the rehabilitation. Similarly, a suspension is effective for the period of a reorganisation as part of the bankruptcy procedure (which runs simultaneously with the reorganisation).

The creditors or debtor may apply to the court for the appointment of a mediator to facilitate a rehabilitation agreement between the debtor and its creditors5, this is not possible in a reorganisation.

Following a ratified rehabilitation plan, a new application cannot be filed for at least three (3) years. There is no such restriction as regards future attempts for reorganization under the BC6.

Reorganisation is rarely used as a tool to achieve a sale as a going concern whereas the rehabilitation procedure has been used frequently, as further explained below.

In the second group of procedures, it is not the intention to rescue the company by an agreement with creditors. In the case of (i) a transfer of business (article 106θ BC), (ii) a special liquidation (art. 106ια BC) or (iii) an extraordinary procedure for special administration (articles 68-77 of Law 4307/2014), the purpose is to sell the business and assets in in order to satisfy creditor claims.

A transfer of business through an approved rehabilitation plan does not require any public tender procedure, and can include a hive down to an established SPV. A public tender is required for sales of any part of the business via the special liquidation or special administration procedures.

The new procedures have not yet been used extensively.

NPL management companies are permitted to manage claims from loans and/or credits that have been non-performing for a period exceeding ninety (90) days.  When a group of claims against the same debtor is being managed by an NPL management company, this can include claims from both non-performing and performing loans. Management may include a variety of services, such as claims collection, legal & accounting supervision, conduct of negotiations and conclusion of settlement agreements with debtors. A copy of any settlement agreement with creditors of NPLs must be sent to the Bank of Greece. NPL management companies are permitted to initiate legal proceedings and proceed with any other judicial measures for the collection of debts, and may initiate or participate in pre-bankruptcy rehabilitation and bankruptcy procedures.

Both the debtor and the guarantor must receive an invitation by means of an extrajudicial notice twelve (12) months before the transfer, to settle their obligation, but no such notification is required for disputed claims, awarded claims and claims against debtors who are considered to be non-cooperative according to the provisions of the Banking Code of Conduct.

Until February 15, 2016 the provisions regarding NPL transfers will not apply to consumer loans, loans secured by mortgage on a primary debtor’s residence, loans to SMEs or loans guaranteed by the Greek State. This standstill period is to regulate a smooth transition from the current security enforcement environment (dominated by credit institutions) to a security enforcement period (where the NPL transfer companies also participate).

Law 4354/2015 regulates the NPL management companies and the NPL transfer companies, by introducing requirements in relation to their legal nature, capital and scope of business. NPL transfer and NPL management companies are supervised, as regards licensing and reporting, by the Bank of Greece and are subject to an annual charge for the BoG’s supervision expenses. Both company types will take the form of Societe Anonyme (or a European Economic Area - EEA equivalent company type) with their registered seat either in Greece or in another European Economic Area member state, having established a branch in Greece. An additional paid-up share capital requirement of €100,000  exists for companies that purchase claims from non-performing loans and/or credits.

Settlement can include various measures, such as extension of the repayment date, amendment of the interest rate, haircut, debt for equity swap, administration of the business by a third party etc.

On two conditions: (a) creditors representing at least 30% of the total claims against the debtor, including 20% of any creditors who are secured in rem or with special privilege or with mortgage pre-notations, to declare either their intention to participate or their actual participation in the negotiation for the rehabilitation agreement and (b) the court considers the conclusion of such rehabilitation agreement as probable.

The mediator is granted certain rights (i.e. right to be informed by the creditor as regards financial information) for the accomplishment of his mission.

Of course, future attempts necessitate a new declaration of bankruptcy.

Also in case of special administration, among the applying creditors, a financing institution must be included, which is not the case as regards special liquidation. 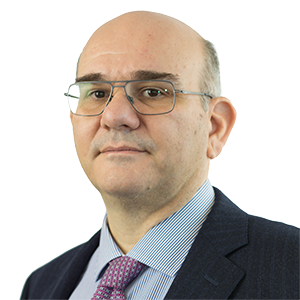 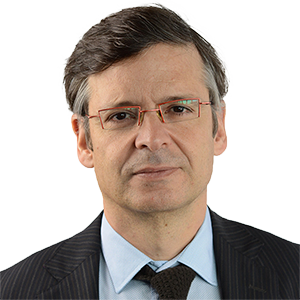 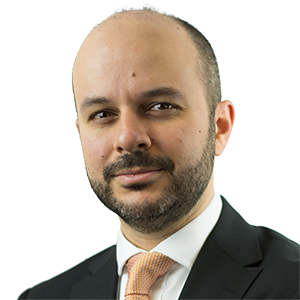