Statutory and judicial authority to appoint an equity committee

There is an inverse relationship between the complexity of a case and the ability of a party in interest to adequately represent itself. Courts consider the issue of complexity to involve more than just a complicated capital structure. Moreover, courts frequently note that the difficulty in valuing a debtor parallels the difficulty a debtor’s management experiences in advocating for the fair treatment of creditors and a distribution to equity security holders.

How an equity committee can play a role

An official equity committee’s role is governed by section 1103(c) of the Bankruptcy Code:

(c) A committee appoint under section 1102 of this title may—

(1) consult with the trustee or debtor in possession concerning the administration of the case; (2) investigate the acts, conduct, assets, liabilities, and financial condition of the debtor’s business and the desirability of the continuance of such business, and any other matter relevant to the case or the formulation of a plan; (3) participate in the formulation of a plan, advise those represented by such committee of such committee’s determinations as to any plan formulated, and collect and file with the court acceptances or rejection of a plan; (4) request appointment of a trustee or examiner under section 1104 of this title; and (5) perform such other services as are in the interest of those represented.

With the court’s permission, an official equity committee may retain attorneys, accountants, and other professionals to assist the committee in its role. 11 U.S.C. § 1103. Such professionals may be awarded “reasonable compensation for actual, necessary services rendered.” 11 U.S.C. § 330(a)(1)(A) (After notice to the parties in interest and the United States Trustee and a hearing, and subject to sections 326, 328, and 329, the court may award . . . a professional person employed under section 327 or 1103 . . . (A) reasonable compensation for actual, necessary services rendered . . . ; and (B) reimbursement for actual, necessary expenses.”). Official equity committee professionals should be aware of the limitation in section 330(a)(4), which provides a “court shall not allow compensation for . . . unnecessary duplication of services; or . . . services that were not reasonably likely to benefit the debtor’s estate; or . . . necessary to the administration of the case.” 11 U.S.C. § 330(a)(4).

Often times a court will apply a “material benefit” standard when evaluating whether professional services were necessary. Under the “material benefit” standard, a professional’s efforts must have resulted in an identifiable, tangible, and material benefit to the debtor’s estate. Alternatively, a court may employ the “reasonably likely to benefit the estate” standard so equity committee professionals do not risk non-payment of their fees in the absence of a distribution to equity under a plan of reorganization. Sometimes, a professional may be willing to represent an official equity committee on a contingency fee basis if the debtor and other parties in interest agree to reimburse the professional’s budgeted expenses.

In addition, the members of an official equity committee can assert an administrative expense claim for their “substantial contribution” to the debtor’s case. Consequently, a committee member may be able to recover the actual and necessary expenses it incurred as a result of performing its equity committee duties.

Adeptus Health Inc. was a publicly listed company. Adeptus Health, Inc. and 139 of its affiliates (collectively, “Adeptus”) was the largest operator of free-standing emergency rooms in the US On April 19, 2017, Adeptus filed Chapter 11 cases in the United States Bankruptcy Court for the Northern District of Texas (Dallas). Wexford Spectrum Investors, LLC and Debello Investors, LLC (collectively, “Wexford”) were equity security holders of Adeptus Health Inc., holding approximately 10% of its stock.

Wexford filed an Expedited Motion to Appoint an Official Committee of Equity Security Holders for Adeptus arguing that the traditional factors to appoint an official committee were satisfied. After a heavily contested evidentiary hearing on June 5 and 6, 2017, the bankruptcy court granted the motion and directed the United States Trustee to appoint an equity committee. In her oral ruling, Bankruptcy Judge Stacey G.C. Jernigan held that various factors should be considered, which include: the ability to prove solvency; whether equity security holders are represented adequately by stakeholders who are already at the table; the complexity of the debtor’s case; the likely cost of an equity committee to the debtor’s estate; and to what extent the debtor’s shares are widely held and actively traded. The court further held that an absolute showing of solvency, or even a likely showing of solvency, was not necessary. Here, however, the court found significant indicia of solvency in a rather complicated, widely held publicly traded company. Moreover, the court in Adeptus was not convinced that the unsecured creditors’ committee would adequately represent the interests of the widely held equity were there to be litigation against insiders. Accordingly, the court appointed an equity committee to represent the interest of all equity security holders.

[1] The court in In re ATP Oil & Gas Corporation, Case No. 12-36187 [ECF No. 663] created an innovative process by ordering the United States Trustee to select five current equity holders to serve as members of an exploratory group to determine whether an equity security holders committee could be appointed in a manner that was economical and on a consensual basis. The group was to serve without compensation, would have no authority to bind any person or group, and the group could enter into preliminary negotiations with potential committee professionals, but could not bind any future committee. 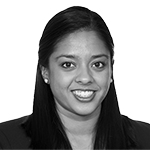