On October 15, 2021, the IRS released Chief Counsel Memorandum 20214101F, concerning “I.R.C. § 41 Research Credit Refund Claims” (“Memorandum”). This Memorandum will have major implications for all taxpayers filing refund claims for research credits across all industries. Failure to comply with the new requirements could result in a refund claim being summarily rejected by the IRS as insufficient. Further, as explained below, the IRS is adopting a strategy of “slow-walking” refund claims so that the IRS takes no action until after the statute of limitations expires, raising the stakes even more for taxpayers.

Treasury Regulation § 301.6402-2 prescribes how a taxpayer makes a refund claim, including when the claim may be filed, what forms may be used, the location for filing, signature requirements, and other procedural elements. Among other things, the regulation provides that a refund claim must “set forth in detail each ground upon which a credit or refund is claimed and facts sufficient to apprise the Commissioner of the exact basis thereof.”1  Courts generally interpret this language to mean that a general statement that a taxpayer is owed a refund, without explaining the grounds for the claim, is insufficient.2  If a claim provides the IRS with notice of the nature of the claim, the entities claiming the credit, and the legal theory for the refund claim, however, courts consider the claim valid.3

Breaking with this established rule, the Memorandum creates new specificity requirements that the IRS will expect for every research credit claim. The main source of authority for this position is an unreported district court decision that denied a research credit claim on the basis that the claim did not provide within its four corners all the information the IRS would need to evaluate the claim, even though much of that information was provided to the IRS during the examination.4 This lower court decision was subsequently reversed by the Ninth Circuit, a result which apparently did not dim the IRS’s enthusiasm for its reasoning.

Under the new requirements set forth in the Memorandum, to be a valid claim, the claim must:

Most of the information now required for research refund claims were never required before. Often the IRS would request some of this information during the course of the audit, but never in the initial claim itself. Further, because large corporate taxpayers often have hundreds of qualifying research projects performed by thousands of employees, it is standard practice for the IRS and the taxpayer to select a representative sample of projects as the focus for an audit, without requiring the same level of detail for other projects. There is no sampling procedure in the Memorandum. The IRS may contend that a taxpayer with thousands of employees doing research would have to include in the refund claim a statement for each individual employee describing what they hoped to discover in their research activities. The costs of complying with this requirement would be prohibitive for most, if not all, taxpayers.

The new specificity requirements in the Memorandum are coupled with a new strategy for rejecting refund claims. The Memorandum notes that if the IRS audits an insufficient claim it may waive the right to argue later that the claim itself was facially invalid. Therefore, the Memorandum recommends that revenue agents and service centers should reject claims before conducting any investigation of the merits of the claim. Further, because an insufficient claim cannot be perfected after the statute of limitations expires for the tax year, the Memorandum suggests that the IRS should refuse to process refund claims until after the statute of limitations period ends. That way the Memorandum notes, taxpayers can be denied any administrative or judicial remedy to contest the IRS’s rejection of the claim.

A taxpayer has the right to file a refund suit in federal district court or the Court of Federal Claims after six months have passed since the refund claim was filed, if the IRS has taken no action on the claim. The IRS’s new policy of slow-walking research credit refund claims will force taxpayers to face the choice of waiting for the IRS to act in the hope that the IRS will not summarily reject the claim; or file a refund suit and litigate the issue.

There is no reason why the IRS would limit this strategy to research credit claims. For example, the IRS has targeted refund claims for domestic production activity deductions under Section 199, threatening taxpayers with penalties for filing 199 refund claims that the IRS deems “unreasonable.”5  Other common refund claims, for example for foreign tax credits, may also be targeted in the future. It is important to note that the Memorandum has no binding legal effect or precedential value. It is not a regulation, or even a revenue procedure, but only a memorandum from an IRS lawyer. There are serious questions whether the IRS has the legal authority to rewrite the requirements for a refund claim without statutory authorization and without properly promulgating regulation. That being said, there is every indication that the Memorandum states the current policy of the IRS in evaluating research credit claims. The press release accompanying the Memorandum sets forth deadlines for implementation of the new requirements. The release provides a “grace period” until January 10, 2022, during which the new requirements will not be enforced. For one year after that date, taxpayers will be offered 30 days to perfect a claim before summary rejection. After that, the IRS intends to reject claims it deems insufficient out of hand after the statute of limitations, offering no chance to perfect the claim. While the release appears to be directed at new claims filed after January 10, 2022, the language is ambiguous. Taxpayers with pending claims should also take note of the new requirements, particularly if the IRS has not yet begun its examination of the claim.

Here are urgent steps that a taxpayer should consider before filing an research credit refund claim, assuming the Memorandum is not modified or withdrawn:

Have a plan to gather and maintain substantiation materials.

This includes materials far beyond what is usually considered adequate substantiation for a research credit claim, such as what each individual employee sought to discover while conducting research. If you are using an advisory firm to prepare a research credit study, ensure that the firm is aware of the new requirements and has a plan to gather that information.

Have all backup materials collected and available before filing the claim.

Once the claim is filed, there is no guarantee that the IRS will allow a chance to cure any deficiencies. Best practice would be to have all information, with backup, gathered and analyzed before the refund claim is filed, to the greatest extent possible.

Draft the refund claim as comprehensively as possible.

Include all the information required in the Memorandum to the extent it can be gathered. It is not enough that the information is available on request. It must be included in the refund claim itself.

If the IRS sits on a claim without any action, and the statute of limitations is approaching, consider whether there is any additional information that should be added to the claim. If six months have passed with no action from the IRS, consider whether a refund suit may be necessary to avoid being on the losing end of the IRS’s waiting game.

The IRS has taken an aggressively adversarial posture against taxpayers filing research credit refund claims. A prudent taxpayer will retain experienced tax counsel to review the claim before it is filed, and to prepare for litigation in the event the claim is rejected or the IRS refuses to consider it before the statute of limitations runs.

If you would like more information about the IRS’s new requirements for research credit refund claims, please contact Rob Kovacev in our Washington, DC and San Francisco offices. 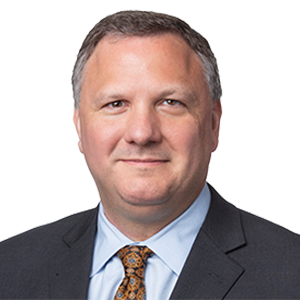