On 22 July 2016, the United States District Court for the Northern District of California ruled on a motion for summary judgment filed in a coverage dispute by professional liability insurer Ironshore Specialty Insurance Company (“Ironshore”).  The coverage dispute arose after Ironshore’s insured, 23andMe, became the subject of several legal proceedings, including: (1) class actions in federal district courts; (2) class arbitration complaints before the American Arbitration Association; and (3) a Civil Investigative Demand (“CID”) issued by the State of Washington.  The legal proceedings focused on 23andMe’s marketing materials for consumer saliva DNA analysis and primarily contended that: (1) 23andMe’s DNA analysis was inaccurate and incomplete; (2) 23andMe misled consumers into believing that its service had received government approval; and (3) 23andMe wrongfully failed to disclose to consumers that their DNA would be used to create a database that 23andMe could market to physicians and pharmaceutical companies.  23andMe tendered the defense of the underlying proceedings to Ironshore, which accepted defense under a reservation of rights and instituted the coverage lawsuit, seeking a declaration that it had no duty to defend or indemnify 23andMe in the underlying proceedings.

Ironshore’s moved for summary judgment on the grounds that: (1) a Contractual Liability Exclusion precluded coverage for all the claims filed against 23andMe in the underlying proceedings; and (2) the CID did not qualify as a covered claim.

B. The contractual liability exclusion did not apply

The Contractual Liability Exclusion provided that:
This insurance does not apply to Damages or Defense Expenses incurred in connection with a Claim . . . based upon, arising out of, directly or indirectly resulting from or in any way involving:

Ironshore argued that this exclusion precluded coverage for all claims, whether based in contract or otherwise, because they arose out of or involved contracts entered into by 23andMe.  Ironshore theorized that because all the underlying proceedings’ claims were grounded in allegations that consumers—pursuant to contracts with 23andMe—bought services from 23andMe but would have paid less for them or would not have bought them at all had they known the services were not as accurate as advertised, the claims all arose out of 23andMe’s contractual assumption of liability and were therefore excluded.

The Court rejected Ironshore’s argument.  In doing so, the Court adopted the majority view of U.S. courts analyzing the phrase “assumption of liability” in the context of a contractual liability exclusion, and found that the phrase “refers to those contracts or agreements wherein the insured assumes the liability of another.”  Because 23andMe did not assume the liability of another in the relevant contracts and instead exposed itself to liability by entering into them, the Court held that the exclusion did not apply.

The Court buttressed its decision by highlighting that 23andMe bought professional liability insurance from Ironshore and 23andMe rendered its professional services by entering into contracts with consumers for DNA analysis services.  The Court said that in light of this, “if the Court were to adopt Ironshore’s construction of the Contractual Liability Exclusion, virtually all claims relating to 23andMe’s professional services would be excluded from coverage.”  The Court would not countenance such a construction, because it “would appear to [entirely] defeat the professional liability coverage for which 23andMe bargained.”

C. The CID was not a claim

The Court, however, agreed with Ironshore’s other contention—that the State of Washington’s CID did not constitute a covered claim.  In doing so, the Court first turned to the definition of Claim:

The CID demanded that 23andMe provide interrogatory responses and produce documents.  In the two years since the State of Washington issued the CID, it did not follow up with any further demands.

Accordingly, and following a 1998 California appellate decision, the Court found that because the CID only demanded discovery responses—not money, services or other “relief”—costs of complying with the CID’s contemplate pre-suit investigation did were not defense costs covered under 23andMe’s professional liability policy.  The Court noted, however, that if the State of Washington were to later file a “claim” or “suit”—as those terms are used in the policy—23andMe might have coverage for the same. 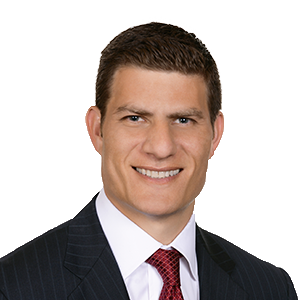