In November 2017, the United States Department of Justice (“DOJ”) announced a potentially significant change to how it will evaluate and reward corporate cooperation and self-disclosure in Foreign Corrupt Practices Act (“FCPA”) cases. In a speech to the 34th International Conference on the Foreign Corrupt Practices Act on November 29, 2017, Deputy Attorney General Rod Rosenstein announced that the DOJ would add a “revised FCPA Corporate Enforcement Policy” to the U.S. Attorney’s Manual. The new policy, which codifies and expands upon the DOJ’s 2016 FCPA Pilot Program, underscores the DOJ’s professed desire to incentivize companies to self-disclose potential FCPA violations and cooperate fully in any resulting investigations. On its face, the policy aims to enable companies and their advisors to better predict the pros and cons of self-disclosing potential FCPA violations by defining the benefits that could be obtained by timely self-disclosure and complete cooperation.

As welcome as this increased certainty may be for companies concerned about FCPA exposure, the analysis of whether a disclosing and cooperating company will qualify for the new benefits is not a simple one, and there are thus still significant risks in self-disclosing potential FCPA violations. DOJ prosecutors retain significant discretion in determining how to resolve a matter even with this new policy, especially in how prosecutors determine what constitutes a qualifying "voluntary" self-disclosure. Recent case resolutions have shown, for example, that some self-disclosing companies have been denied self-disclosure credit because information about the alleged corrupt conduct had already appeared in the public domain. While the new FCPA policy may raise the hope of greater certainty about self-disclosure decisions, the benefits of the policy may remain highly limited and navigating the incentive structure could create a trap for the unwary.

The purpose of the 2016 pilot program was to deter FCPA violations, encourage strong anti-corruption compliance programs, and provide greater transparency to companies who sought mitigation credit for fully cooperating with the DOJ. Under the pilot program, companies that 1) voluntarily self-disclosed suspected violations; 2) fully cooperated with the DOJ; and 3) implemented appropriate remedial measures, could earn up to a 50 percent reduction from the bottom of the US Sentencing Guidelines (“USSG”) fine range at the time the case was resolved. While this incentive could be significant, it still would only be realized if the company was convicted or entered into some form of resolution with the DOJ. The pilot program left unclear the extent to which self-disclosure and cooperation could lead the DOJ to decline prosecution altogether.

The most substantive changes appear designed to reduce the uncertainties present in the pilot program. Most notably, the policy provides companies that fully comply with all of the requirements with a presumption – not just the mere possibility – that the matter will be resolved with a declination. Specifically, the revised policy provides that “when a company has voluntarily self-disclosed misconduct,…fully cooperated, and timely and appropriately remediated,...there will be a presumption that the company will receive a declination, absent aggravating circumstances.” Some uncertainty nevertheless remains as what constitutes aggravating circumstances, as it is not necessarily an objective determination. Still, this reflects a stark change in position towards incentivizing self-disclosure by providing stronger metrics for companies and their advisors to use when evaluating whether to self-disclose potential FCPA violations.

Moreover, in the event aggravating factors are present and the DOJ proceeds with seeking a criminal resolution of the matter, the new policy still provides for greater certainty for cooperating companies that satisfy the program’s requirements. Specifically, the new policy unequivocally states that the DOJ “will accord…a 50 percent reduction off of the low end of the” USSG fine range. This is a significant positive change for companies compared to the pilot program, which only noted that companies could receive up to a 50 percent reduction.

To summarize, the following chart highlights some of the notable differences between the pilot program and the revised FCPA corporate enforcement policy:

Unhelpfully, however, the new policy retains the requirement that to be considered a “voluntary self-disclosure,” companies must disclose the potential misconduct before there is a threat of public disclosure. Even if the DOJ or other regulators are unaware of the conduct, some amount of press reports (even outside the United States) or other public information could disqualify the company from self-disclosure credit if that public information creates an “imminent threat” of government investigation. To be clear, the language of the policy could disqualify a company’s disclosure even if there is no information in the public domain if it soon might become known.

[1]     Of course, it is not always clear whether a declination was reached because the DOJ determined that there was no violation or, instead, DOJ exercised its prosecutorial discretion not to seek a criminal resolution for other reasons. For a discussion of known declinations, see Marc Alain Bohn and James G. Tillen, Evaluating FCPA Pilot Program: Declinations On The Rise, Law360 (Apr. 10, 2017), https://www.law360.com/articles/905127/evaluating-fcpa-pilot-program-declinations-on-the-rise. 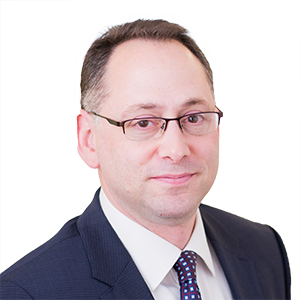 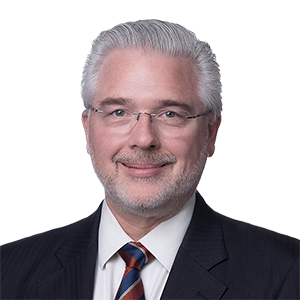