Government monopoly ownership of power transmission grids is no longer necessarily a given.

In fact, in jurisdictions throughout North America and the wider world private investment in power transmission has been almost universally successful. Typically, such investment is undertaken using a rate-based recovery of costs model. In Alberta, Canada, the Alberta Electric System Operator (AESO) sought private investment for the Fort McMurray West 500kV Transmission Project. AESO adopted and adapted key aspects of the Public Private Partnership (PPP) model (creating a ‘hybrid PPP’) to bring additional discipline to its competitive process, and to implement a largely fixed price approach for the cost of transmission facilities. In this article we examine some of the issues addressed herein, and features of AESO’s hybrid PPP competitive process for power transmission facilities.

In December 2014, AESO (a not-for-profit statutory corporation responsible for, among other things, planning and developing Alberta’s transmission system) successfully completed its first competitive process for the development of transmission infrastructure under a PPP type contract. It awarded the Fort McMurray West 500 kV Transmission Project (Project) to Alberta PowerLine Limited Partnership based on its C$1.43 billion1 bid for the right to develop, design, build, finance, own, operate and maintain the Project for approximately 40 years. AESO’s long term planning estimate had been C$1.8 billion2 (an estimate which related only to the construction of the Project).3

The successful award of this Project represented the culmination of several years’ effort by AESO to develop an innovative hybrid PPP program to address specific electricity transmission needs in Alberta, and to comply with a mandate to develop a competitive process which would open the market to new market entrants and use competitive pressure to reduce costs.

AESO’s hybrid PPP program is a first-of-its-kind process for Alberta’s development of electrical transmission facilities (a new asset class for PPPs in Canada) in which the successful bidder (Project Co) becomes a ‘transmission facility owner’ governed both by legislation and the PPP type agreements between AESO and Project Co.

In the face of projections indicating Alberta needed C$14.5 billion in transmission investment between 2009 and 2019, the Alberta government decided that major transmission facilities would be procured using a different business model from that used by AESO when assigning incumbent utilities the responsibility to develop, own and operate such facilities, with costs subject to a prudency review by the Alberta Utilities Commission. In 2010, the Alberta government issued a mandate requiring AESO to develop and implement a competitive process for specified major transmission facilities. AESO’s objectives for the competitive process included:

In determining the most effective model to meet its objectives, AESO considered several possible structures but settled on a ‘single owner’ model in which Project Co is responsible for all development activities, engineering, procurement, construction and financing for a project and will own, operate and maintain the project for a specified term. AESO selected the single owner model because in its view, this model delivers (among other benefits) the greatest degree of cost optimisation (since Project Co can optimise costs across the life cycle), and promotes innovation and accountability.5 By selecting this model, AESO moved away from the traditional process for delivering new transmission infrastructure in Alberta to a greenfield PPP type process.

A PPP is frequently defined as “a long-term contract between a private party and government entity, for providing a public asset or service, in which the private party bears significant risk and management responsibility, and remuneration is linked to performance.”6 While the competitive process developed by AESO falls within that definition, AESO’s process, in several respects, departed significantly from PPP precedents used in Alberta and other jurisdictions. Some of these differences are discussed below.

One of the key differences between AESO’s hybrid PPP process and most other Canadian linear PPP processes is the broad scope of project development activities assumed by Project Co. In many other linear PPP projects in Canada, the required land and regulatory approvals are secured by the authority prior to awarding the project. In keeping with its single owner model philosophy, AESO’s process requires Project Co be responsible for a wide range of development activities, including, preliminary design, landowner consultation, siting, land acquisition, regulatory approvals for the project from the Alberta Utilities Commission, and approvals from all other regulators.

According to the World Bank et al.’s Public Private Partnership Reference Guide “land acquisition can be one of the most challenging aspects of developing a PPP project – delays in obtaining land have created significant hurdles or even blocked some promising PPP projects.”7 As a result, the general approach to linear project land acquisition in Canada, and a common approach worldwide, is for the authority to release or acquire the necessary corridor prior to award. AESO decided to assign land acquisition responsibilities to Project Co in part because this approach is in-line with its single owner philosophy, and because land acquisition is an activity which would normally be undertaken by an incumbent utility and therefore falls naturally to Project Co. A key criterion for selection of Project Co was its demonstrated ability to manage stakeholders leading to timely land acquisition. AESO carries risk associated with unforeseeable delay not attributable to Project Co, but general responsibility for land acquisition lies with Project Co.

Given the comprehensive nature and extent of development activities assigned to Project Co, and the extended period between award and financial close, AESO took the unusual step of dividing the PPP type contract into two separate agreements:

While the project agreement could draw upon national and international PPP experience, the project development agreement was largely created without the benefit of either national or international precedent. The scope and nature of the development related activities also exposed Project Co to a number of risks not normally assumed by a proponent in a Canadian PPP, including:

These risks were discussed extensively in collaborative meetings between AESO and proponents of the hybrid PPP during the ‘request for proposals stage’ of the competitive process, and were ultimately shared between AESO and Project Co. Project Co has general responsibility for timely acquisition of Alberta Utilities Commission approvals (including corridor approval) and environmental approvals. AESO bears the risks associated with:

Some PPP processes do provide for a gap between a project being awarded and its financial close, generally to allow lenders to complete due diligence and review of the PPP agreements. This practice is however, inherently risky, since there is no guarantee that Project Co will be able to secure financing within the required timeframe or parameters. Other PPP processes mitigate this risk by requiring bid bonds, some insist on credit spread re-sets with bond mark indices to account for the passage of time from award to financial close, while others still contemplate no risk by requiring bids with underwritten financial commitments or by providing a stapled financing option.

Given the estimated 30-month development phase for the Project, no stapled, committed or quasi-committed (lender due diligence) financing options would be achievable. In addition, the potential for significant changes in commodity prices and base rates during this phase presented challenges in the development of a fixedprice competitive process, since the bidders would not be able to submit binding final prices in their bids. To address these issues, AESO developed a methodology in which:

The success of recent private investment in the transmission sector in countries like the United States and Brazil has demonstrated that, while the network must be operated by a government entity or system operator (like AESO) to ensure non-discriminatory access, private investment in the transmission sector is feasible, particularly when the investment is related to the construction and operation of discreet segments of transmission network, for which the private entity receives regulated revenue for complying with its contractual obligations relating to maintenance and performance.8

AESO’s hybrid transmission PPP follows and builds on this success employing a model in which:

PPP proponents argue that “specifying outputs in a contract, rather than prescribing inputs, provides wider opportunity for innovation” and that competitive procurement “incentivises bidders to develop innovative solutions for meeting these specifications.”9 AESO concurred with this view and adopted this approach by detailing the functional specifications for the Project but not describing how such specifications were to be satisfied, thereby incentivising the bidders to provide innovative and lowest cost solutions; potentially to the advantage of future transmission development (PPP or otherwise).

Using historical performance data from the Canadian Electrical Association and other sources relating to transmission facilities, AESO developed first-of-its-kind (for North America) performance metrics which were incorporated into the project agreement. Under the project agreement, if Project Co fails to comply with these metrics, AESO is entitled to make payment deductions. More significantly, AESO identified certain ‘major mis-operation events’ which could present risk to the reliability of the Alberta grid. In the event of any such major mis-operation event, Project Co is subject to significantly higher payment deductions and other consequences. The PPP based performance requirements are in addition to those generally imposed by Alberta law on utility owners and create the opportunity for improved performance of the grid.

Private investment in transmission facilities has been a successful approach to providing needed infrastructure development. PPP principles can be expanded and altered to account for the unique timing aspects and requirements of transmission facilities and their integration into a power grid. PPP contract based transmission development can be achieved without limiting the scope of responsibilities which are typically required of incumbent utilities. Adopting a PPP approach can reduce costs while allocating risk effectively, and bring innovation to power transmission system development. This case study is an example of how a hybrid PPP process can be expanded to new asset classes, including those such as transmission that are also subject to a regulatory regime.

[Norton Rose Fulbright acted as legal counsel to the Alberta Electric System Operator in respect of the regulatory approval, development and implementation of its hybrid PPP program for the Fort McMurray West 500kV Transmission Project. The Fort McMurray West 500kV Transmission Project is one of the most capital intensive PPP projects ever awarded in Canada and is the first such project awarded in the electricity transmission sector.] 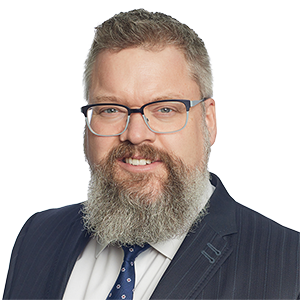 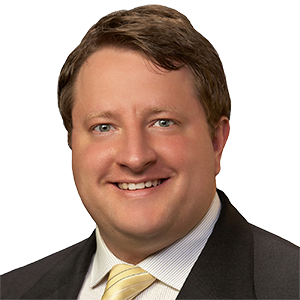