A precedent-setting case, the first Canadian decision to consider the prohibition on circumvention of technological protection measures (TPMs) in the Copyright Act,was recently issued. Nintendo of America Inc. v King et al., 2017 FC 246 (Nintendo) is an important decision for copyright owners, particularly those working in the video game and software industries and confirms that counterfeiters and software pirates will face significant penalties in Canada.

In Nintendo, Justice Douglas Campbell of the Federal Court granted Nintendo’s application and found the respondent, Go Cyber Shopping (2005) Ltd., had infringed Nintendo’s copyright in 585 video games as well as in the header data associated with those games and enjoined Go Cyber from doing so.

Canadian copyright law protects original works, including computer programs. Given the ease with which digital works can be copied, in 2012 the Canadian government amended the Copyright Act to prohibit circumvention of TPMs. TPMs were defined expansively to mean “any effective technology, device or component that, in the ordinary course of its operation, controls access to a work” or restricts certain dealings with that work. In essence, where a copyright owner has used a TPM, others are prevented from avoiding, bypassing or removing the TPM.

Go Cyber was selling “game copiers,” devices that allowed a user to download an infringing copy of a Nintendo game from the Internet and play it on Nintendo DS consoles, and “mod chips,” which disable security routines on the Wii consoles.

Justice Campbell had little trouble recognizing that Go Cyber had committed secondary (indirect) infringement selling game copiers and mod chips. In doing so, Justice Campbell gave a broad interpretation to TPMs and found that they extended even to physical means of controlling access to works protected by copyright. The court rejected Go Cyber’s interoperability defence.

The Nintendo decision is the latest in a string of Federal Court decisions that have imposed significant penalties on counterfeiters and pirates and confirms that Canadian courts will take a hard line against such activities. 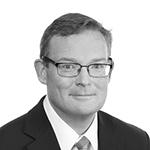