Reports on fines imposed or investigation proceedings initiated for infringements of antitrust law make the news almost every week. The number of fines imposed by the Federal Cartel Office has increased significantly in recent years and, at over €1bn, the total level of fines imposed reached a historic high in 2014.

The pressure to make use of a leniency programme is considerable.

The Federal Cartel Office is one of the authorities that introduced a self-reporting programme in 2000, according to which any company which is the first to notify the Federal Cartel Office of an antitrust infringement that was previously unknown – and provides the authority with sufficient evidence to obtain a search warrant – is granted full immunity from fines for the antitrust infringement disclosed. The second company to provide new evidence is entitled to a 50 per cent reduction on the fine and the third company to a reduction of one third.

In view of the number of possible sanctions, the pressure to make use of a self-reporting or leniency programme is considerable. Fines are capped at ten per cent of a company’s global group turnover for the previous year and thus can easily amount to hundreds of millions of euros. The management has hardly any choice but to apply for the self-reporting programme once it gains knowledge of an antitrust infringement. Well over 90 per cent of the fines imposed by the Federal Cartel Office nowadays are based on self-reporting. Self-reporting applications are usually prepared by specialist antitrust lawyers. For this purpose, companies seek legal advice from antitrust specialists immediately after gaining knowledge of an antitrust infringement or when they become subject to an investigation by antitrust authorities.

Specialist antitrust lawyers will ascertain within a short period of time whether the company actually was or is involved in antitrust infringements. For this purpose, teams of lawyers review emails and other company data with appropriate forensic software. In addition, they interview employees who might have been involved in the alleged infringements. As soon as it is clear whether and to what extent a company has violated antitrust law, the management or executive board are, with the help of the legal department, able to make an informed decision on the most suitable approach.

It cannot yet be foreseen what effect the increasing number of actions for damages (which are often brought following official fine proceedings) will have on a company’s willingness to make use of self-reporting programmes. The European Commission’s directive on the harmonisation of requirements for antitrust damages actions, which has to be implemented by the member states by the end of 2017, provides for legal protection of selfreporting companies by guaranteeing that companies damaged by antitrust infringements may not access records relating to the self-reporting programme. This regulation will make sure that self-reporting programmes remain effective in the future. 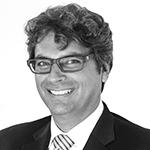