Since the first bilateral investment treaty was agreed over 60 years ago to support foreign direct investment, there are now over 2,500 similar treaties involving over 150 countries. Over that period, a significant body of investment law has emerged to provide qualifying investors with substantive extra-contractual protections over their qualifying investments. This includes, in the event of breach, the safety net for foreign investors of the availability of direct recourse to international arbitration against the host state. This article considers these advantages, particularly in the context of a joint venture.

Joint ventures or investment agreements with host states (or state entities) are common in certain sectors, in particular natural resources and infrastructure projects. These agreements typically involve long-term commitments with significant investment from the foreign investor into the host country.

However, on occasion, the host state may later seek to re-open for negotiation the agreed terms once resources are committed by the investor, under the threat of expropriation or withdrawal of local licences or rights to operate, or threaten other measures having equivalent effect. This can particularly be the case where there has been a regime change in the host country or a shift in political priorities. Investment treaties can offer important protections against such conduct.

The protections afforded under BITs and MITs will depend on the individual treaty, though many do contain similar protections. Those protections “have teeth” because the treaty often also includes Investor-State Dispute Settlement (ISDS) provisions, generally international arbitration.

The availability of substantive protections afforded under applicable treaties (if any) should be considered at the outset when making an investment into a foreign host state. An investor might then seek to structure its investment to benefit from treaty protections.

Investment treaty-based protections operate in a different and distinct legal sphere from contracts or investment agreements, which means they can provide recourse to investors where there may be none under the contractual documents.

In order to benefit from treaty protection, the investor must be a qualifying “investor” making a qualifying “investment” as defined in the treaty. The definition of “Investor” usually includes nationals of and certain entities incorporated in the contracting states respectively. It can, but does not always, cover subsidiaries of those entities. As for investments, many treaties simply protect “any assets, directly or indirectly controlled by the investor”, so specific advice should be taken in particular cases to ensure that a proposed investment has the necessary qualifying characteristics to be protected under the relevant treaty.

In industries focused around natural resources and infrastructure, host states increasingly require a joint venture company to be incorporated within their own jurisdiction. Shares typically qualify as an “investment” so it is sensible to consider the use of an appropriate investment vehicle incorporated in a jurisdiction that has a favourable treaty with the host state, even if the ultimate investment is a shareholding in the joint venture company. Attention will need to be paid to the whole corporate structure as some treaties do not cover indirect shareholdings.

Generally the remedy is monetary damages, though in some circumstances declaratory relief and restitution may be available. Interim relief to protect the status quo while proceedings are ongoing may also be available.

The key advantage of structuring an investment to fall under an investment treaty regime is that most contain ISDS provisions, which are an important procedural protection. These provide an aggrieved foreign investor with the right to commence international arbitration against the host state in the event that the state breaches its treaty obligations.

Claims will be governed by the terms of the relevant treaty and international law, and not necessarily by the law specified in any contracts related to the investment.

This allows investors a private right of action against a host state that is outside local courts and allows them to seek an award of damages from an independent and international tribunal. If the state does not comply with an award, the award can be enforced against the state in most jurisdictions.

Most BITs provide that the investor has the option of the rules which will apply to the arbitration. This choice may significantly affect whether or not a prospective claimant has standing to bring claims under the particular BIT in question. In International Centre for the Settlement of Investment Disputes (ICSID) cases, for example, the rules provide that the investor must additionally demonstrate:

The application and interpretation of these features by tribunals in the context of different BITs is not uniform. There is no formal binding system of precedent in investment arbitration, but awards are typically published and in the public domain. This means that non-binding (and sometimes contradictory) jurisprudence exists in relation to many different jurisdictional and substantive issues.

As a result, it is common to see challenges to the tribunal’s jurisdiction by the host state. This may be even more likely where the claimant is a party to a joint venture, or otherwise holds its interest in the “investment” indirectly.

Generally the statistics show ISDS outcomes are largely even and do not tend to favour either states or investors. There are however some exceptions – the US has famously never lost one of the 17 claims brought under NAFTA, although four were settled.

Over the last two years there have been six concluded ISDS claims concerning joint ventures, of which one was decided in favour of the investor, and three in favour of the state. The other two were settled.

Notwithstanding the costs and risks of pursuing a claim, ISDS is a powerful tool in addition to any rights under the contracts with the host state. The ISDS provisions may be triggered alongside any contractual dispute resolution or subsequently if the contractual route is unsuccessful. Most importantly, treaty-based protections may fill a gap where there is no other available domestic recourse for host state conduct. The availability of remedies in investment arbitration can also serve to avoid disputes and facilitate negotiation, including for example where a local state joint venture partner seeks to later renegotiate the agreed terms. 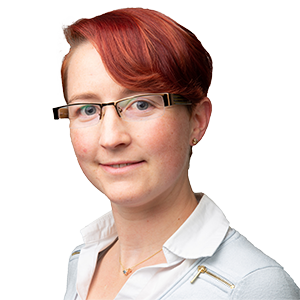