A trade union whose constitution does not allow it to organise in the sector in which it seeks organisational rights on behalf of its members, has no legal standing to refer a dispute to the Commission for Conciliation, Mediation and Arbitration (CCMA) where an employer refuses to grant the union organisational rights in terms of section 12, 13, 14, 15 and 16 of the Labour Relations Act.

In a matter between NUMSA and G4S (Pty) Ltd & POPCRU, the CCMA found that it lacked jurisdiction to determine the disputed organisational rights referred to it by NUMSA because NUMSA’s constitution did not allow it to organise in the correctional services sector in which G4S operated. The G4S legal entity in this matter is responsible for the operation of the Private Maximum Security prison in Bloemfontein. The commissioner rejected NUMSA’s argument that the security industry, which was covered in NUMSA’s constitution, also covered the correctional services sector. According to the commissioner, there is a clear distinction between the private security industry regulated by the Private Security Industry Regulatory Authority of which G4S is not required to register as a member, and the correctional services sector which is governed by the Correctional Services Act.

In another decision of the CCMA in August 2016 involving NUMSA and Freshmark (Pty) Ltd, the CCMA found that NUMSA’s constitution did not cover the retail industry, which is the industry in which Freshmark operates. In the circumstances, NUMSA lacked the necessary legal standing to refer an organisational rights dispute to the CCMA in terms of which NUMSA was demanding organisational rights. The referral of NUMSA’s dispute to the CCMA was dismissed on the basis that the referral was invalid and the CCMA lacked the jurisdiction to entertain the retail industry dispute. Both these jurisdictional rulings are in line with the Labour Court decision of AFGRI Operations Limited v MacGregor N.O & others (2013 34 ILJ 2847 (LC) which is authority for the same legal principle.

Employers may thus refuse to grant unions organisational rights where the union’s constitution does not cover the sector in which the particular employer operates. 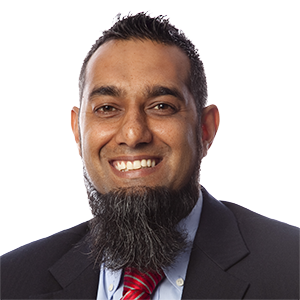