Recent practice shows that businesses can often transfer their liability under the Dutch Soil Pollution Act to a public authority. This new development provides considerable legal certainty for businesses faced with contamination risks in the Netherlands.

Recent developments in the Netherlands

We would like to bring to your attention certain recent developments that may limit the exposure of your business to soil pollution risks. Increasingly more often, Dutch public authorities are making use of an integrated approach (gebiedsgerichte aanpak) for the management of soil pollution risks in the Netherlands. The integrated approach provides the possibility for land owners, project developers, and operators of industrial sites confronted with soil pollution risks to transfer their responsibility under the Dutch Soil Protection Act (Wet Bodembescherming) to a public authority.

The Dutch Soil Protection Act requires public authorities to determine whether (i) there is a case of serious soil pollution (geval van ernstige verontreiniging) and whether (ii) the use of the soil, or the possible migration of the soil pollution, constitutes such an adverse effect on public health, plant life or animal life that the swift decontamination of the site is necessary. As a result of this determination, land owners, project developers and operators of industrial sites  are often required to perform expensive decontamination works to mitigate the effects of soil pollutions. Even if no decontamination works are immediately necessary, public authorities often require private companies to perform detailed soil investigations and adopt elaborate monitoring schemes. Such measures are generally limited to one particular site and do not provide genuine possibilities to address large crossborder soil pollutions.

Recognising these difficulties, public authorities may decide to apply the new integrated approach for the management of cross-border soil pollutions that cannot be properly addressed on the basis of the traditional instruments under the Dutch Soil Protection Act. The new approach allows public authorities to design an integrated programme and take responsibility for the management of soil pollutions that may negatively affect sensitive parts of the soil (such as groundwater extraction areas). The scope of the programme is usually limited to a particular area and contains monitoring and decontamination measures that specifically concern the protection of sensitive areas from cross-border soil pollutions. While public authorities are formally responsible for the financial implications of the monitoring and decontamination measures contained in the integrated programme, the authorities usually approach private companies in an effort to raise funds for the implementation of the programme. In return, public authorities may offer to take over the responsibility for the management of a particular soil pollution from private companies. This new practice allows private companies to benefit from the voluntary participation with the integrated programme, especially when faced with cross-border soil pollution risks that cannot be properly managed on the basis of the more traditional instruments.

Public authorities can take over the responsibility for the management of soil pollutions in accordance with the procedural requirements contained in the Dutch Soil Protection Act. The responsibility is transferred on the basis of a formal decision of the public authority to include a particular soil pollution in the integrated programme. Once the decision becomes irrevocable, public authorities can no longer make use of their traditional powers under the Dutch Soil Protection Act, including the competence to require private companies to perform decontamination works. 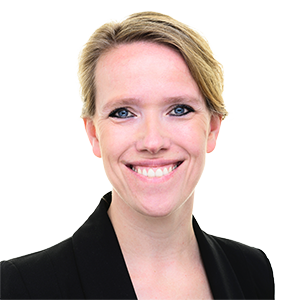