Of interest to all schemes providing defined benefits is the publication on 22 September 2016 by the  Pension Protection Fund (PPF) of its consultation document on changes to the pension protection levy for 2017/18.

The document sets out a proposed mechanism for stakeholders to notify Experian, the PPF’s insolvency risk services partner, where the move to new UK accounting standard FRS 102 may cause an artificial movement in their rating.

The PPF also reiterates its position on schemes that have no sponsoring employer and proposes an approach for calculating risk-based levies where such schemes do exist.

David Taylor, General Counsel of the PPF, commented: “2017/18 marks the final year of the current triennium – the period over which we aim to keep rules stable. We have delivered on that commitment to stability, while addressing issues raised by stakeholders – particularly the potential impact of moving to new accounting standards.”

The consultation document also states that the amount the PPF expects to collect in 2017/18 will be set at £615m, which is unchanged from the level of last year’s levy estimate.

The consultation closes on 31 October 2016, following which the PPF will finalise the rules and publish the levy determination in December 2016. It will also consult on the new levy triennium around the end of the year.

Of general interest is the consultation launched by HM Treasury on amending the UK definition of financial advice in order to minimise industry uncertainty over what constitutes “regulated advice”. There is currently a definition of “advising on investments” in regulations and a definition of “investment advice” in the relevant Directive. The former definition is wider in scope than the latter.

The Treasury’s proposal is to make the definitions consistent, and to clarify the distinction between guidance and advice. The consultation sets out the intention to amend the regulatory wording, so that consumers receive “regulated advice” only when they are offered a personal recommendation for a specific product.

The consultation closes on 15 November 2016.

DWP consults on valuing pensions for the advice requirement

Of interest to schemes offering what the consultation describes as “safeguarded-flexible benefits” are the proposed amendments to regulations aimed at simplifying the pension valuation process that determines which members have benefits in excess of £30,000 and are therefore required to take financial advice before accessing their savings flexibly under the new pension freedoms.

The consultation is concerned specifically with the type of benefit falling within section 74(c) of the Pension Schemes Act 2015, which are defined contribution in nature but offer some form of guaranteed annuity rate (GAR) on the member’s pension income. The proposal is that, when carrying out a transfer value calculation, providers should treat benefits with a GAR as equal to the actual transfer payment to which the member has a statutory right.

The consultation paper sets out proposed amendments to the Pensions Act 2015 (Transitional Provisions and Appropriate Independent Advice) Regulations 2015 and comments are invited by 7 November 2016.

The proposed changes aim to:

DWP consults on overseas pension transfers and the advice requirement

The advice requirement means that members with safeguarded benefits of over £30,000 must take advice from an independent financial adviser authorised by the Financial Conduct Authority (FCA).

This call for evidence seeks views on:

The deadline for responses to this consultation is 23 December 2016.

As the advice requirement operates as a safeguard against pension fraud, abolishing it for transfers involving overseas schemes seems ill-advised. The potential alternatives are problematic, as it is difficult to see how advice “equivalent” to FCA-authorised advice could be either defined or monitored.

Of general interest is the latest issue of HMRC’s pension schemes newsletter on 27 September 2016.

This issue includes the items below:

Of general interest is HM Treasury’s announcement on 9 October 2016 that the Government intends to set up a single financial guidance body to deliver debt advice together with money and pensions guidance.

In March 2016, the Government consulted on setting up a two-body delivery model for Government-sponsored guidance, which included replacing the Money Advice Service with a new, streamlined money guidance body, and bringing together the Pensions Advisory Service and Pension Wise into a new pension guidance body.

As a result of concerns raised by industry and consumer finance groups, the Government has decided that a single body would be better able to respond to the different financial guidance needs of consumers, making it easier for them to get access to the help they need to make effective financial decisions.

HM Treasury explains that the next steps will involve consulting on the best way to design a single body model, so legislation to create new public financial guidance bodies will not be included in the forthcoming Pensions Schemes Bill.

This is a welcome announcement, as a single outlet for financial advice and pensions guidance is likely to be simpler for individuals. However, setting up such a body it is unlikely to be a straightforward task, and it is important that the strengths of the various merging bodies are not lost once they are amalgamated.

Of interest to schemes providing defined benefits is the publication by the Work and Pensions Committee of the House of Commons (the Committee) of the submissions it has received for the purpose of its inquiry into the roles of the PPF and Pensions Regulator (TPR) in the regulation of such schemes. Submissions had been requested by 23 September 2016.

The published submissions include those made by the PPF and Regulator themselves, with both bodies seeking more interventionist powers.

The most notable proposal made by TPR is for tighter regulation, including a mandatory clearance regime for certain corporate transactions.

Seeking clearance is currently voluntary, but TPR suggests it may be appropriate to make clearance mandatory where a corporate action significantly weakens the scheme sponsor and the scheme is not sufficiently funded. As its anti-avoidance powers are designed to operate retrospectively to seek redress and although they act as a powerful deterrent, they cannot prevent avoidance activity on the part of employers prepared to take the risk. TPR notes that the proposed requirement for mandatory clearance in certain circumstances has the potential to be a significant burden on employers and to have an impact on corporate activity. As a result, it recognises that any such a proposal would require further discussion and engagement with stakeholders, following which it should only be taken forward in a targeted and proportionate way.

According to TPR, clear criteria as to when approval should be sought would be necessary. This could include circumstances where the action weakens the scheme sponsor, not just the sale/purchase of a business but in circumstances including where support (covenant) for the scheme is weakened through corporate activity such as dividend payments, change of control, share buy-backs and loans.

If the scheme is sufficiently well-funded, then the additional burden of requiring approval from TPR may be unnecessary. For such measures to work, TPR believes that enhanced requirements on employers to engage with trustees and provide them with the relevant information when required would also be needed. This would allow them time to come to an agreement over any required mitigation for the scheme.

Among other things, TPR also calls for:

The PPF’s submission suggests that:

The Committee is currently continuing to hear oral evidence from a range of industry figures and pension professionals. We will report further as more evidence is published.

The possibility of the introduction of mandatory clearance is of some concern.

TPR has previously stated that it would be disproportionate to introduce a compulsory requirement for advance clearance to be sought in respect of all corporate activity, and we agree with this view. The introduction of a blanket clearance requirement could make it more difficult to complete transactions quickly where a defined benefit pension scheme is involved, which could have an adverse effect on the economy. In addition, although TPR acknowledges that the current system is imperfect, it simply does not have adequate resources to review every corporate transaction that takes place.

The Government has announced that it will not proceed with plans to introduce a secondary annuities market, which was due to become operational from April 2017. Simon Kirby, Economic Secretary to the Treasury, said: “Allowing consumers to sell on their annuity income was always dependent on balancing the creation of an effective market with making sure consumers are properly protected. It has become clear that we cannot guarantee consumers will get good value for money in a market that is likely to be small and limited. Pursuing this policy in these circumstances would put consumers at risk - this is something that I am not prepared to do.”

This scheme was announced in 2015 following the implementation of the DC pension flexibilities, and was a means by which savers could escape being locked into previously agreed annuity deals.

While some retirees may be disappointed that they are now saddled with a product they would not have bought had the pension freedoms applied earlier, it is likely that many annuitants would not have been able to achieve value for money had they been able to cash in their policies in 2017 as originally planned.

While some organisations may have already put time and effort into plans to implement annuity sales, many others had already stated their unwillingness to take part, citing as reasons significant risks of poor outcomes for consumers.

Of interest to previously contracted-out schemes is the latest issue of HMRC’s Countdown Bulletin.

In our August 2016 briefing, we examined in detail the conflicting High Court decisions relating to whether a bankrupt member’s undrawn pension benefits could be the subject of an Income Payments Order (IPO), and thus be available to meet the member’s liabilities to creditors.

On 7 October 2016, in its judgment in Horton v Henry [2016], the Court of Appeal (CA) dismissed the appeal of a trustee in bankruptcy against the High Court's decision that a bankrupt's unexercised rights to draw his personal pension did not represent income to which he was entitled. In doing so, the CA upheld the first instance decision that the trustee had no power to compel the bankrupt to bring his pensions into payment.

In rejecting the trustee’s appeal, the CA has now provided clarification on the law on pensions and bankruptcy, which is particularly welcome in the light of the DC flexibilities which have applied since April 2015. The law had been left in an unsatisfactory state as a result of conflicting High Court decisions.

The CA has confirmed that a trustee in bankruptcy cannot compel a bankrupt to draw down his unelected pension to satisfy an IPO. Only pension benefits which are in payment may be subject to the IPO regime and a member’s uncrystallised pension funds remain out of reach for IPO purposes if he is made bankrupt. 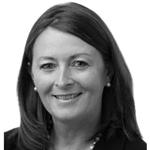