On November 10, 2022, the Federal Trade Commission (FTC) released a policy statement (Policy Statement)1 regarding the scope of Section 5 of the Federal Trade Commission Act (FTC Act). Section 5 prohibits "unfair methods of competition" and instructs the FTC to enforce this prohibition. The Policy Statement "supersedes all previous FTC policy statements and guidance" on the scope of Section 5, including a 2015 FTC policy statement, later withdrawn in 2021, that limited its application to the bounds of the Sherman Act and Clayton Act (the antitrust laws). The new Policy Statement departs from this narrower interpretation, emphasizing that Section 5 reaches beyond antitrust statutes to include numerous categories of unfair conduct with a tendency to negatively affect competitive conditions. Ultimately, the policy statement sets out the key general principles it will use to "police the boundary between fair and unfair competition through both enforcement and rulemaking."2

The FTC's previous 2015 policy statement limited the application of Section 5 to the Sherman Act "rule of reason" test—which asks whether a given restraint of trade is economically "reasonable"—making it harder for the agency to challenge the wide array of anticompetitive behavior in the market. The new policy statement broadens the scope of Section 5 and cites to the section's text, legislative history and caselaw in justifying the departure from its former interpretation.

Similar to the FTC's July 2021 withdrawal of the 2015 policy statement, the new policy statement references the text and legislative history of Section 5 in establishing that it reaches beyond the other antitrust statutes: In enacting Section 5, Congress's aim was to create a new prohibition broader than, and different from, the Sherman and Clayton Acts and to give the FTC the unique authority to identify and protect against unfair forms of competition. Moreover, the policy statement explains that Congress evinced a clear aim that "unfair methods of competition" need not require a showing of current anticompetitive harm or anticompetitive intent in every case, as would be required under the Sherman Act and Clayton Act.

The policy statement notes that the both the Supreme Court and several federal circuit courts have adopted the view that the scope of Section 5 reaches conduct which, although not a violation of the plain text of the antitrust laws, is close to a violation or is contrary to their spirit. The courts have also recognized the importance of deference to the FTC where it acts against conduct that is unfair. After establishing that the broadened scope of Section 5 is rooted in its legislative history and caselaw, the policy statement defines the elements for unfair methods of competition in violation of Section 5, generally describe the justifications which may act as a defense to a Section 5 allegation, and gives historical examples of violative conduct, each of which are summarized in the paragraphs that follow.

In order to violate Section 5, the conduct must be (1) a method of competition (2) that is unfair.

Second, the method of competition must be unfair, meaning that the conduct goes beyond competition on the merits. There are two main criteria to consider when evaluating whether conduct goes beyond competition on the merits. First, the conduct itself may be coercive, exploitative, collusive, abusive, deceptive, predatory or involve the use of economic power of a similar nature. Second, the conduct must tend to negatively affect competitive conditions, such as conduct that tends to exclude or hinder the opportunities of market participants, reduce competition between rivals, limit choice or otherwise harm consumers. These two principles are weighed according to a sliding scale.

The policy statement warns that even when conduct is not facially unfair, it may violate Section 5. In these circumstances, more information about the nature of the commercial setting may be necessary to determine whether there is a tendency to negatively affect competitive conditions. The size, power and purpose of the respondent may be relevant, as are the current and potential future effects of the conduct. Otherwise, Section 5 does not require a separate showing of market power or market definition when the evidence indicates that such conduct tends to negatively affect competitive conditions. Given the distinctive goals of Section 5, the inquiry will focus on stopping unfair methods of competition in their incipiency based on their tendency to harm competitive conditions.

The policy statement limits the cognizable justifications that may act as a defense in Section 5 cases noting that "it would be contrary to the text, meaning, and case law of Section 5 to justify facially unfair conduct on the grounds that the conduct provides the respondent with some pecuniary benefits."3 Unlike in a rule of reason analysis, no net efficiencies test or numerical cost-benefit analysis are applicable in a Section 5 case, due to the "variety of non-quantifiable harms" contemplated by the Section 5 framework. This guidance, in combination with the limited body of caselaw on standalone Section 5 claims, makes uncertain what justifications could defend against a Section 5 allegation or how these justifications would be tested against the alleged harms.

However, the policy statement does make clear that the burden of proof in raising a cognizable justification defense remains with the respondent: "It is the party's burden to show that the asserted justification for the conduct is legally cognizable, non-pretextual, and that any restriction used to bring about the benefit is narrowly tailored to limit any adverse impact on competitive conditions. In addition, the asserted benefits must not be outside the market where the harm occurs."

The policy statement offers guidance on the application of Section 5 in the form of a non-exhaustive list of historical examples of unfair methods of competition. Included in this list are:

Special thanks to Law Clerks Daniella Torrealba and Marisa Madaras (Washington, DC) for their assistance in the preparation of this content. 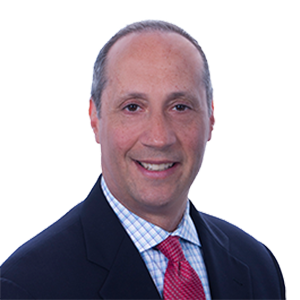