The NAP is the government’s policy strategy for promoting conformity with the United Nations Guiding Principles on Business and Human Rights. The Guiding Principles address the human rights impact of business activity by providing mutually reinforcing principles for states, businesses, and stakeholders. In light of these goals, the NAP promotes responsible business conduct - the concept that businesses may still be competitive while doing good in society.   Responsible business conduct focuses on emphasizing the positive contributions businesses can make to progress in society, while also highlighting the importance of avoiding adverse impacts of business conduct, and addressing them when they occur.

The NAP describes the US government's current and future commitments to support responsible business conduct in five broad areas:

(1)  Leveraging its purchasing power and advocating for strong responsible business conduct practices worldwide within its own leadership,

(2)  Collaborating with stakeholders, including helping develop and/or participating in various multi-stakeholder initiatives,

(3)  Supporting companies to conduct human rights due diligence and reporting, particularly those operating in conflict areas,

(4)  Recognizing positive performance where it occurs, and

The NAP’s publication follows years of government engagement with the public and private sectors, as President Obama initially announced the administration’s commitment to develop the NAP in September 2014. With its release, the US became one of thirteen states to have launched a NAP on business and human rights. Twenty other states have either committed to, or are in the process of developing their own NAPs, increasing the momentum towards greater accountability for business conduct worldwide.

Publication of the NAP coincided with Congress passing the Global Magnitsky Human Rights Accountability Act. The Act allows the President to deny US visas and freeze US assets of foreign individuals (including government officials) or entities found to have violated particular human rights or found to be corrupt. These include extrajudicial killings, torture, or other gross violations of human rights, as well as responsibility or complicity in acts of significant corruption. Passage of the Act now is significant, as a prior version of the bill approved in the Senate Foreign Relations Committee in June 2014 ultimately failed. While the sanctions do not provide full redress for the underlying violations, they create tangible mechanisms for the enforcement of human rights internationally.

Both developments demonstrate the increasing engagement of the US government with business and human rights. Where the NAP outlines the government's strategy on business and human rights policy across multiple spheres, the Human Rights Accountability Act actually lends enforcement mechanisms to combat corruption. As the momentum toward the development of global business standards and access to remedies increases, businesses must increasingly pay closer attention to the human rights impact of their own business activity worldwide.

About our Business and Human Rights practice

Norton Rose Fulbright has a cross-jurisdictional team of lawyers that is dedicated to helping companies manage corporate social responsibility and address human rights concerns. This group monitors business and human rights legislative developments for companies on a global basis. If there are others in your organization who would like to receive these updates, we would be glad to include them on future updates.

*Law Clerk – not admitted to practice law in New York 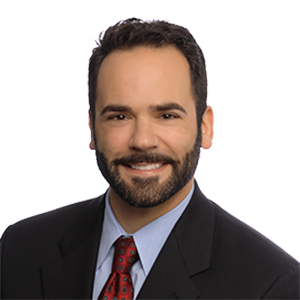