The FCA has recently fined Sir Christopher Gent, former non-executive Chairman of a global medical products and technologies company (the Company), £80,000 for the unlawful disclosure of inside information relating to the Company in contravention of the EU Market Abuse Regulation (EU MAR). The published decision contains a number of key takeaways in relation to the identification and handling of inside information and acts a reminder that the FCA is motivated to take enforcement action in respect of improper disclosure, especially given the risk that breaches in this area pose to investor confidence and the integrity of the financial markets.

In February 2018, the Company announced its audited results for the year ended December 2017 and gave certain financial guidance for 2018. This guidance was re-affirmed in announcements in May and August (published in connection with the Q1 and half-year results respectively).

In late September 2018, the Board of the Company was provided with the latest financial information for Q3, a forecast for the year and the Company’s performance against consensus; revenue growth was forecast to be at the lowest end of the guidance the Company had previously given to the market. The Board was also made aware that one of its major customers might reduce its expected orders. The Company sought to clarify the position regarding the customer’s plans and the potential impact on full year guidance. On Friday, October 5, the customer confirmed that it would be ordering a materially lower level of inventory in Q4 2018. This news was relayed to senior executives, including the CEO, on Monday, October 8, and a Board call was scheduled for Friday, October 12, to determine whether the Company remained within the guidance previously given to the market.

It became apparent on Tuesday, October 9, that the impact of the reduction in demand from the customer would have sufficient impact on revenue growth to take the Company “outside of guidance”, however work was still ongoing to ascertain the best, worst and most likely cases. This was discussed with the Company’s brokers. Later that day, Gent attended a call with the CEO and other senior executives at which the situation was discussed. Gent also spoke to the Company’s CEO, noting that if a market announcement appeared likely, the CEO may wish to consider his position. During his subsequent interview with the FCA, Gent expressed his view of the likelihood, at that stage, that the Company would need to make a market announcement revising its forward guidance as “it wasn’t absolutely certain… but it was a possibility and moving towards being slightly more probable than not”, adding that the Company did not have precise data to advise the market at that time.

On Wednesday, October 10, the Company’s CEO indicated to Gent that he wished to explore retirement. Subsequently, Gent made separate calls to senior executives at two major shareholders of the Company (Shareholder A and Shareholder B), and disclosed to them that the Company expected to make an RNS announcement on Monday, October 15,  revising its guidance and announcing that the CEO was retiring.

In his FCA interview, Gent stated that he imposed an obligation of confidentiality and no-dealing on the senior executives at Shareholders A and B to whom he made disclosure. He explained that the main purpose of the conversations was to say, following the CEO indicating that he was minded to retire, “that the person that they had invested in, in leading the business, was most likely not going to be leading it in the future” and that he did not want to “surprise shareholders of scale with announcements” given the intention of Shareholder B to build a more significant shareholding in the Company and the actual size of Shareholder A’s  holding. He said he believed that he was acting as Chairman in the best interests of the Company and that it would be in the interests of the Company that these investors “received the information about the departure of [the CEO] and didn’t get it from a press release on the day.”

Later on the same day, Shareholder B contacted its stockbrokers to instruct them to pause their enquiries to search for a minimum order of 20 million shares in the Company. The FCA confirmed in its Final Notice that it did not consider the conduct of Shareholder B to amount to a breach of EU MAR.

On Friday, October 12, during a Board meeting, the position regarding the customer’s purchase orders was confirmed such that its impact on the Company’s guidance for revenue growth could be determined with certainty. The Board resolved that the information regarding the revised guidance to revenue growth and, on receipt of a resignation letter, the CEO’s retirement, was now “sufficiently precise” to be classified as inside information.

On Monday, October 15, the Company released two RNS announcements, one providing an update on trading and revising guidance for revenue growth, and the other announcing that the Company’s CEO would step down and cease to be a director with immediate effect.

The FCA found that the information regarding the Company’s intention to make announcements regarding revised guidance and the retirement of the Company’s CEO was of a precise nature, was not public and was likely to have a significant effect on price, and therefore amounted to inside information. The FCA concluded that Gent’s conduct in making the disclosures to Shareholders A and B amounted to unlawful disclosure of inside information as the disclosures were made otherwise than in the normal exercise of his employment, profession or duties in his role as Chairman for the following reasons:

The FCA found that the market abuse was committed negligently. Having previously received relevant training on EU MAR from the Company’s external legal advisers and based on his own considerable experience and position, the FCA was of the view that Gent should have realised that the information he disclosed may have amounted to inside information and that it was not in the normal exercise of his employment, profession or duties selectively to disclose it.

The FCA took into account the fact that the Company did not formally classify the information regarding the revised guidance and the CEO’s retirement as inside information until two days after the disclosures were made, and that Gent had discussions with the Company’s brokers and executives regarding the disclosures to shareholders but that he was not advised against making those calls. The FCA also accepted Gent’s explanation that he believed that he was acting in the best interests of the Company by making the disclosures, albeit that this did not excuse his actions.

Taking these factors into account, the FCA considered the seriousness of the market abuse to be level 3, and imposed a fine of £80,000.

The FCA’s decision contains a number of key takeaways that will be of interest to issuers, those who regularly have access to inside information and those who advise on the circumstances in which disclosures should be made by listed companies, including the following: 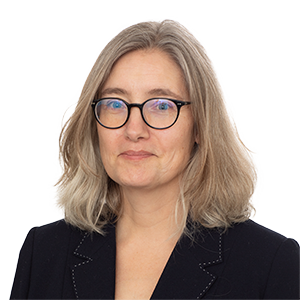 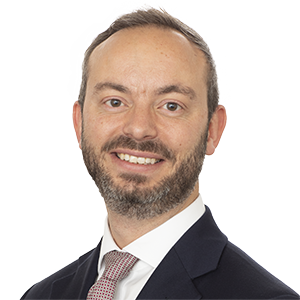 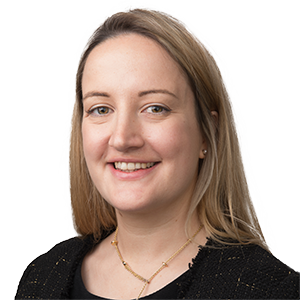