Letters of quiet enjoyment (LQEs) have long been a feature of ship financings where the ships being financed are subject to long-term charterparties. LQEs provide charterers with exactly this - the right to the quiet enjoyment of the ship, notwithstanding that the ship is subject to a mortgage which, on its face, gives the financiers certain rights in relation to the ship, such as the right to take possession and sell the ship, which would otherwise impact the charterers’ use of the ship.

In the project finance sector, it is commonplace for lenders to have direct rights in respect of the key project documents. These "direct agreements" between the lenders and project document counterparties provide for certain mechanisms to prevent, or at least mitigate, the potential termination of that key project document, which would otherwise precipitate the collapse of the project and with it, the cash flow key for repayment of the loan.

The rise of offshore vessel financings (such as for floating production storage and offloading units (FPSOs), floating storage regasification units (FSRUs) and other offshore vessels) has led to the development of a type of agreement which is arguably a hybrid of shipping finance and project finance, bringing together concepts from the two. Whilst still often referred to as "letters of quiet enjoyment", these documents regularly contain many provisions that are common in direct agreements in project finance which go beyond the simple granting of quiet enjoyment.

Whilst LQEs have developed over time and are familiar to those who are involved in the offshore vessel industry on a regular basis, there remains no widely-available standard form of LQE to which one can refer. This can lead to LQEs being one of the more challenging and time-consuming documents to negotiate in an offshore vessel project financing.

With oil prices on the rise and the market for offshore vessels improving, perhaps now is a good time to remind ourselves why we need these letters and what they aim to achieve.

Why is an LQE needed?

Typically, without an LQE, there is no direct contractual relationship between the charterer and the lenders who have financed the construction or acquisition of the vessel. That does not necessarily mean that the parties do not owe legal duties towards one another. Under English law, the law of tort regulates in what circumstances a mortgagee can arrest a ship that is subject to a charterparty. Subject to certain exceptions, if the mortgage is granted after the charter has been entered into, and the mortgagee has actual notice of the charter, the mortgagee will be restrained from doing any act which will have the effect of preventing the performance of the charter, as demonstrated in one of the leading cases in this area - The Myrto [1977].

Ordinarily in offshore vessel financings, the charter is signed well before the granting of the mortgage, and the lenders will often have notice of the charter (usually through a thorough due diligence process) before being granted a mortgage. So, at least under English law, a charterer of an offshore vessel could benefit from rights akin to quiet enjoyment without signing an LQE.

However, offshore vessel financings invariably involve multiple jurisdictions, such as the flag of the vessel, the location of the asset (particularly in the case of an FPSO or an FSRU, which will remain on station for many years), the jurisdiction of the parties and the governing law of the charter. In these circumstances, not only would it be unlikely that English law would apply to the tortious act, it could be quite contentious to determine which law does apply. The relevant law could be the law of the place where the damage occurred, the law of the place where the tortious act occurred or the law of the place where the economic loss occurred. Taking into account the sizable investment needed to bring an offshore vessel project to fruition, it would be a brave charterer indeed who chooses to rely solely on its potential non-contractual rights in the event that a group of lenders became entitled, under the terms of their mortgage, to remove the vessel from the site and sell it. It would be far better, from the charterer’s perspective, to rely on a direct contractual undertaking from the lenders in an LQE that they will grant quiet enjoyment, which is more certain and more easily enforced.

From the lenders’ perspective, the charter lies at the heart of the project financing. Most offshore assets, particularly FPSOs, are notoriously difficult to redeploy and the lenders will rely to a very significant degree on the charter revenues to repay the loan. Consequently, if an event arises which could lead to a charter termination, lenders will be focused on mitigating any such default and will want a reasonable opportunity to step in and fix any problems. This is exactly what a properly constructed LQE should provide – an obligation on the charterer to notify the lenders of an owner default, followed by a remedy and consultation period. These are not rights that lenders have if they only have an assignment of the owner’s rights under the charter.

Lenders also want certainty that they can exercise their rights under the mortgage if the need arises. Offshore vessel financings, like most project financings, are often banked on limited recourse terms. An LQE should regulate how (and when) the mortgage can be exercised in circumstances where the charter is still ongoing. Often LQEs will provide for a consultation period, similar in length to the one mentioned above, during which lenders and charterer will seek to find a solution to the owner default but, following which, if the consultations are fruitless, the lenders will be entitled to exercise their mortgage rights.

The rise of gas-to-power projects incorporating the use of an FSRU or a floating storage unit (FSU), and the project-on-project risks that can be a feature of these transactions, adds a further level of complication to the relationships between project counterparties and their respective lenders. The differences between an LQE for an offshore vessel and a "typical" project finance direct agreement is more stark in projects where the vessel and the onshore power project are each owned and financed separately. In this scenario, the vessel financiers will need an LQE with the charterer, whilst the onshore financiers will require a direct agreement with the owner of the vessel (since they do not want the owner to terminate the charter for breach by the charterer and take the vessel away).

The need for balance

Problems arise if a party focuses exclusively on its own requirements and discussions can become protracted in respect of direct agreements if parties are not cognisant of the other parties’ interests in the project. A charterer that takes the view that lenders should be unable to bring a charter to an end despite the owner being in default, or a lender that takes the view that they should be free to enforce their mortgage regardless of whether the charterer is to blame, will lead to deadlock in negotiations.

Keeping the bigger picture in mind can help. Whilst a party may instinctively resist any provision that dilutes its existing rights under its key documents (be it the charter or the finance documents), if that dilution is there to provide the parties with time to find a solution to a problem, or to allow a viable project to continue, this should generally be of benefit to everyone. Clearly there are limits to this and balance is needed. Whilst that balance will vary from deal to deal, ultimately it is usually in both the charterer’s and the lenders’ interests (as well as the owner’s) for the project to succeed and continue even if there are defaults on the part of one party. As with any negotiation, the key is to focus on what can be gained as opposed to what might be lost.

The practical reality is that LQEs are a key part of the financing package and charterers, owners and financiers each need these agreements for differing reasons, as we have seen above.

However, solutions do exist: whilst a problem may seem insurmountable, invariably it is one that has been overcome before in one way or another. Whilst these can be a time-consuming part of the process, the market continues to evolve, and with it, the LQE. 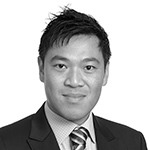