You see a lot in the news about rail franchises and pensions. The Pensions Regulator has gotten interested, and the unions have gotten alarmed. The High Court in the Stagecoach case has now confirmed that the government was right to block bidders for franchises in 2019 who didn’t accept a new deal on sharing pensions costs. But why was it worth trying? We look at what train operators are expected to do, what’s changed in the last few years in relation to pensions, and what’s coming up.

For those not familiar with rail franchises...

The UK passenger rail network is split into long-term franchises for defined areas, which must be retendered from time to time. The franchise agreements define the services and the terms on which they are to be provided, and the bulk of their drafting has remained settled for some time. The bid process is a complex public procurement process starting with an invitation to tender and ending with a franchise agreement with the successful bidder.

As part of winning the franchise, the train operating company (TOC) must take responsibility for the pension liabilities of the employees of that franchise, via participation in a section of the Railways Pension Scheme.

For those not familiar with the Railways Pension Scheme...

The Railways Pension Scheme has its origins in the rail privatisation legislation and is an industry-wide scheme providing defined benefit pensions and defined contribution accounts. The defined benefit part is sub-divided into standalone sections for different TOCs, plus an omnibus section which has many different sponsoring employers. This briefing focuses on the standalone sections which effectively operate as individual pension schemes.

One unusual feature of the RPS standalone sections is that they are “shared cost sections”. In other words the total cost of contributions to fund the section is shared with employees. As a general rule contributions are payable 60:40 by the TOC and the employees, although an individual employer could choose to pay more. As a result, if the funding requirements for a section dictate an increase in contributions, employee contributions have to increase too.

Pre-privatisation, railway employees were given special pension protection on privatisation. As a result, franchise agreements require the TOC to become a “Designated Employer” (i.e. sponsoring employer) for the relevant section of the RPS. That means paying the employer's share of pension contributions. If the TOC's payments are up to date at the end of the franchise period, the franchise agreement releases the TOC from any further liability to the RPS. Similarly, the TOC is not entitled to benefit at the end of the contract if its contributions have generated a pension funding surplus.

As a result, the burden of funding any deficit falls on whichever TOC has the franchise when the deficit is identified. So it’s a game of musical chairs, but with a twist. The importance of the rail network to the UK means that the government is expected to step in to take on the liabilities of any TOC which goes under (the “operator of last resort”). We saw echoes of that this year with COVID-19, where the government stepped in to take on the risk of lower ticket revenues. So the government could find itself sitting in the last chair for pension liabilities instead.

This led to an assumption in the rail industry and by the RPS trustee that, despite the absence of a formal Crown Guarantee, the government would be standing behind the TOCs and the RPS. That allowed the pension scheme trustee to take a rosy view of the wider employer covenant backing each section, and to be much more relaxed about the rate at which individual TOCs were required to make up the funding deficit in their sections. Low and stable contributions are good news for TOCs and for pricing future tenders, but because of the shared cost structure, it was also good news for rail workers.

Where did it all go wrong?

In 2014, the Pensions Regulator wrote to the Department for Transport questioning whether it was reasonable to fund the RPS on the assumption of “very long-term Government support which will cover all downsides”. The DfT confirmed that there wasn’t a Crown guarantee and that the DfT did not underwrite the TOCs’ pension liabilities. That left the Pensions Regulator looking at the TOCs in their own right.

TOCs are typically relatively thinly capitalised special purpose vehicles established either by individual parent companies or consortiums. Their financial liabilities as franchisees (and those of their sponsoring parents) are limited to pre-determined levels of parent company support and bonds that are required as part of the overall agreement for the franchise. A TOC therefore represents a much lower level of financial backing to the pension scheme than a government guarantee.

Since then, the Pensions Regulator has been engaging with TOCs and the RPS trustee over its mounting concerns over covenant strength (weaker without the government guarantee), investment (overly risky and optimistic), funding (insufficiently prudent given the last two), and recovery periods (way too long). The Regulator has estimated the overall funding deficit as at December 2016 to be around £7.5 billion, although the spread across the individual sections is not uniform.

The Regulator got the Rail Delivery Group involved in 2016 to try to find an industry-wide solution. The RDG is a rail industry body which leads and co-ordinates various cross-industry initiatives, and all TOCs are members, as is Network Rail. In December 2017, a steering group was set up of the DfT, the Pensions Regulator, the RDG and the RPS scheme administrators. The rail unions also have an interest in these proceedings as increased contribution requirements will directly impact pay. So far, the RPS’ 2016 actuarial valuation has still not been approved and the Pensions Regulator has not accepted the only formal funding proposal put forward by the RDG.

The effect of the Pensions Regulator’s intervention has been to transform what had previously been thought to be stable sections operating with a sufficiency of assets into sections that would be in deficit and would require significant additional funding over a much shorter timeframe.

Existing franchisees are exposed to any additional pension risks that arose during their franchise period, whether on the basis of the 2016 valuation and later ones or otherwise. For TOCs about to bid for a new franchise, the problem has been how to assess and price the pensions risks and, more fundamentally, whether they had the risk appetite to bid at all. The risks are potentially substantial and, at the same time, not capable of reliable prediction and calculation.

The DfT recognised the issue, and, for the three franchises coming up for tender in 2019, changed the approach to the pensions section of the proforma franchise agreement. The pensions risk-sharing mechanism put forward is summarised later in this briefing.

To cut a long story short, Arriva, Stagecoach and WCTP (a consortium of Stagecoach, Virgin and the French group SNCF) each chose not to commit to the new pension terms in their bid documents, and to try to open up discussions around alternative risk sharing arrangements. The other bidders, including Dutch-owned Abellio and the consortium of First Group and Italian train operator Trenitalia, chose to accept the terms and price the pension risk.

After careful consideration, the DfT decided to disqualify those bidders who did not accept the pensions terms, and that decision was upheld by a High Court judgment on June 17, 2020.

The pension risk-sharing deal on offer

New franchisees had been offered a Pensions Risk Sharing Mechanism. The details of the PRSM are complex. However in essence it provides defined but limited protection against deficit recovery contributions (DRCs) arising from any recovery plan which may be agreed in connection with the 2019 valuation. There is no protection for any pension costs arising out of the 2016 valuation, and no protection against any future service contributions. Finally it does not offer any protection against any additional DRCs (over and above the levels arising out of the 2019 valuation) which might arise out of the 2022 or subsequent valuations: they would continue to be borne by the franchisee and active members.

The protection offered was by way of a funding corridor around a baseline deficit contribution rate, based on the estimated deficit as at December 31, 2016. If DRCs under the 2019 valuation were to go over an upper limit above that baseline, the DfT would have to make additional payments to the franchisee. If those DRCs were actually lower than the lower limit below the baseline, then the franchisee had to pay the DfT. The DfT was required to “act reasonably” in its assessment of whether the conditions for any such payment had been triggered but some of the conditions were outside the control of the individual franchisees.

The judge in the Stagecoach case noted that Go Ahead and Abellio had each thought the protection provided by the PRSM was better than what they currently had and better than the solution then being promoted by the RDG.

So where are we now?

As far as anyone can tell, discussions with the Pensions Regulator have not ended. Lockdown will have slowed the process down, but not changed the underlying situation in the pensions arena. However this may not be a battle that ends up being fought in the pensions arena. There are a number of other moving parts which may affect either the outcome or its timing.

In March 2020, the Government suspended all rail franchise agreements for six months in response to the COVID-19 pandemic. The DfT announced that it was giving train operators the option to temporarily transition onto emergency measures agreements (EMAs). The aim of these EMAs was to suspend the normal financial mechanisms of franchise agreements, transferring all revenue and cost risk to the Government. Rail unions have greeted this move as public ownership in all but name. However, from a pensions perspective, the EMAs probably just kick the can down the road a bit. TPR must be unlikely to start any enforcement action until the EMAs expire.

The press is rife with discussion about potential continuation of the emergency measures well into 2021, whether the long-awaited Williams Rail Review has hit a buffer and indeed speculation that the government will have to extend the EMAs indefinitely, or renationalise the franchises. In theory, the next franchises up for retender are Chiltern, Thameslink, Southern and Great Northern, but it must be a case of “watch this space” for now.

To find out more: https://www.nortonrosefulbright.com/en-gb/services/d991c0b7/rail 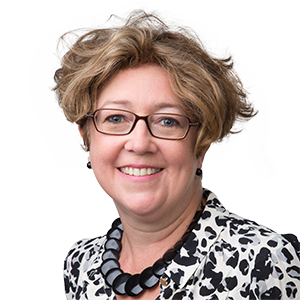